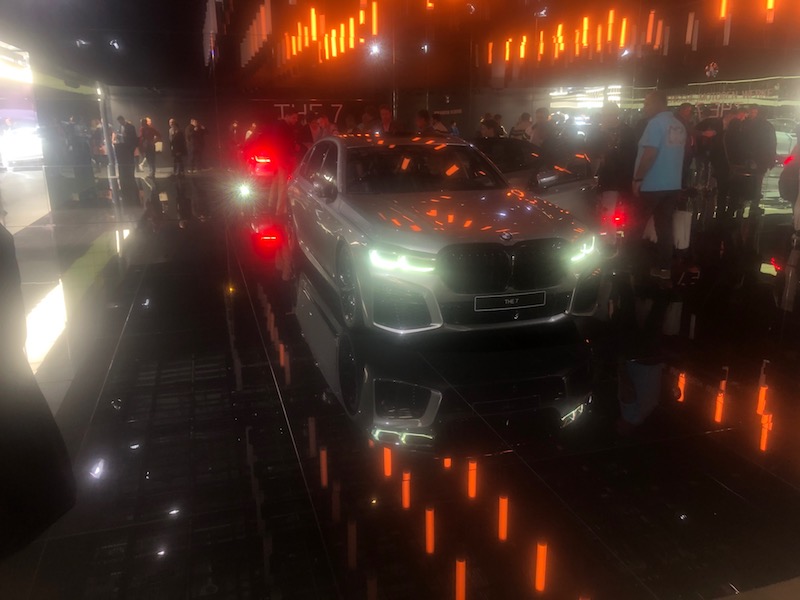 Vehicle history and data company Cartell.ie is at the Geneva Motor Show. This is the eighth visit by the company to the show. Each year the very latest and best vehicles and technology are on display and we are going to quickly guide you through our favourites!

Electric vehicles are the talking point of the industry at the moment as manufacturers push to displace petrol and diesel aspirated models with electric vehicles. There is a lot of chatter about this in line with overall concern for the environment and carbon emissions. Electric vehicles are certainly cleaner to run day-to-day and despite a slow start show recent signs of great progress. The Honda Urban EV is a car set for production. The design is quite futuristic, and, as you would expect, urban. It displays sporty wheels and nice touches such as lighting. It’s shape is designed for mass market appeal but with touches that will appeal to buyers in the upper end of the market who are looking for a city spin-around car. 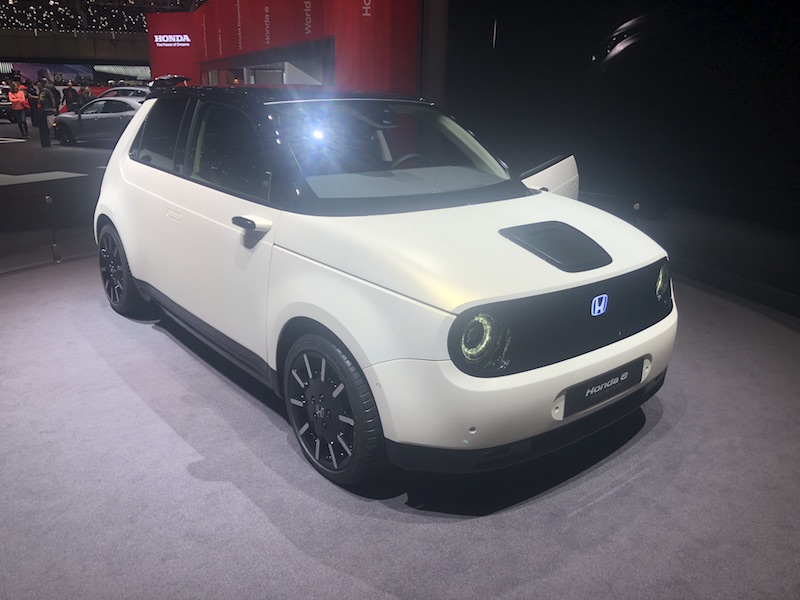 The Renault Clio is popular with those buyers influenced by neat design cues and the mk5 Clio continues in the tradition of offering affordable vehicles to those looking for a bit of style. However while the exterior presents more of an evolution a design revolution is underway inside as the interior undergoes a significant makeover. A tablet-like screen is the main focus inside as it juts out from the centre console in the fashion of many vehicles on display in Geneva. The chrome dials help to give the vehicle a sporty and angular look and everything looks comfortable and functional. 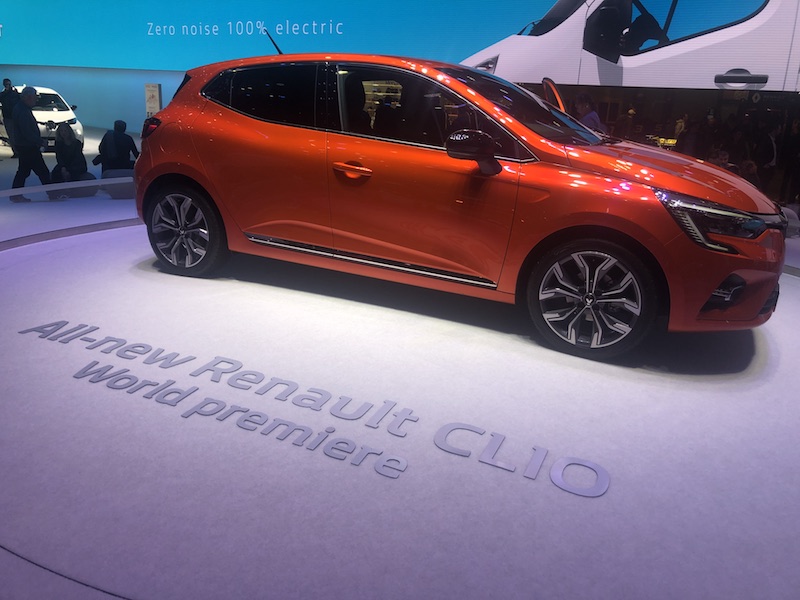 This flagship saloon from the Munich-based Bayerische Motoren Werke contains all of the gadgets and plushness required of the successful senior executive. The 7 series follows the successful presentation to market of the 8 Series at last year’s show. As always, we like the styling of the BMW – a firm Cartell favourite.

Geneva always gives us an impressive line-up of concept cars. This Mitsubishi Engelberg possibly indicates future design-cues for the EV range of the brand and sits well on its stand in Hall 4. It’s not clear whether it will enter production but concepts can often influence future line-ups even if it isn’t offered for sale. 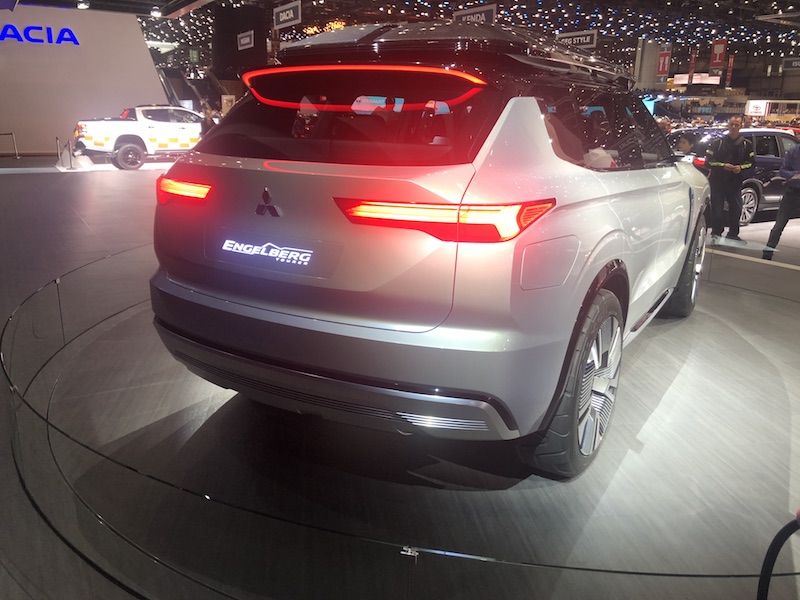 A more angular rear bumper is one of the predominant design changes in respect of this supercar. Displaying flashy looks and sleek profiling – as befits a Lamborghini – this Huracan Evo is the easiest thing to photograph in Geneva! 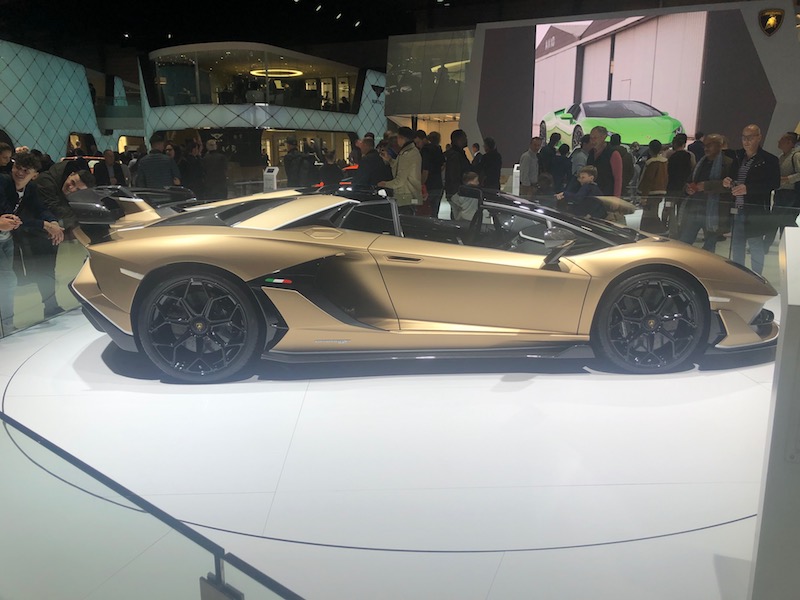 This vehicle appeals to the worldwide push towards the SUV. It is the smallest Skoda SUV yet and its sharp lines and sporty appearance is bound to appeal to a market keen to indulge the latest offerings in the SUV-line. It’s interesting the noticeable shift (particularly in Europe) away from saloon models and towards vehicles that, in some respects, are seen as more practical. Higher load access to the rear combined with practical space in the boot have helped this development. 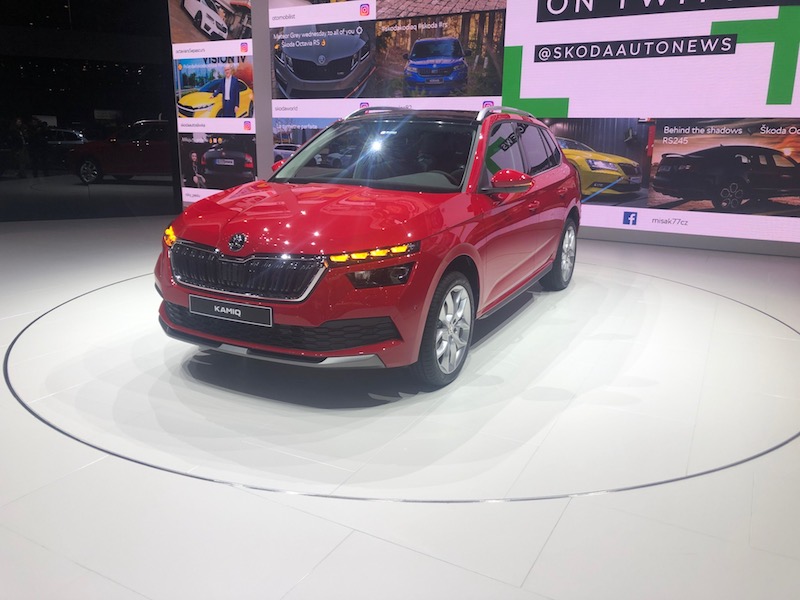 The new Passat is tech-heavy with lots of lean towards the latest Advanced Driver Assistance Systems features such as a semi-autonomous autopilot assistance package capable of operating at higher speeds than before. It’s a first for Volkswagen and is called “travel assist”. Other features are the now-standard LED lights with new wheel designs and colours available too. 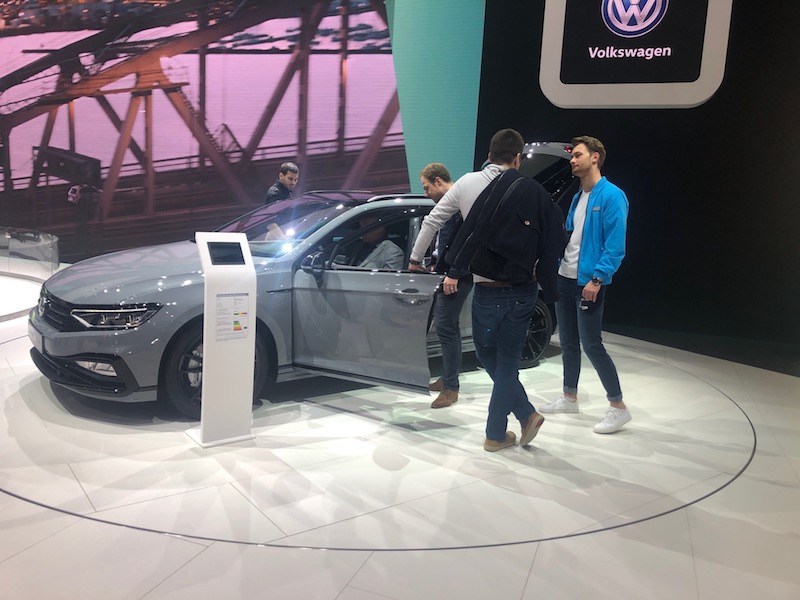 Geneva wouldn’t be Geneva without a look at the supercar line-up displaying in the Palexpo. The new Porsche 911 Cabriolet is, as you would expect, loaded with performance: optional Sport Chrono Package produces 0-62mph in 3.7secconds in the Carrera S and 3.6 seconds in the Carrera 4S – typical supercar returns. 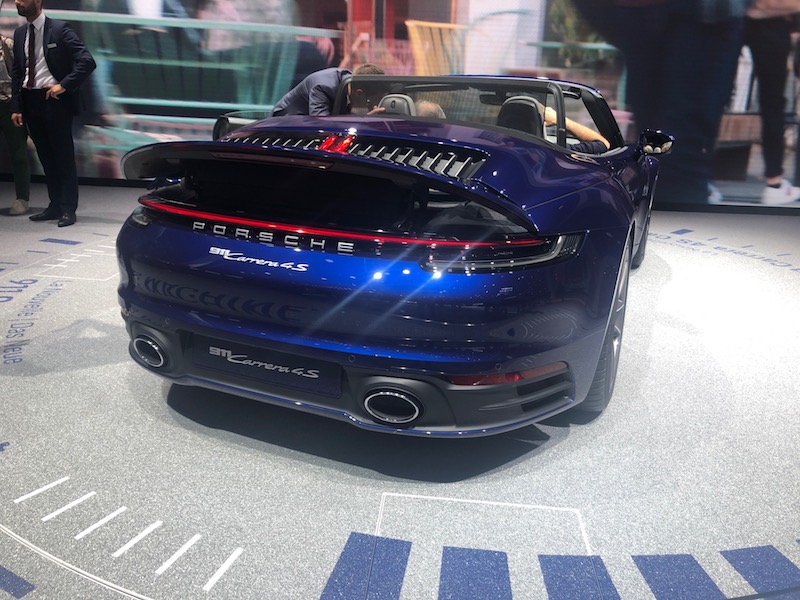 Last but by no means least we look at Peugeot the company that has shown a design resurgence of late We really liked the 508 from the Show last year. The 208 carries onwards the sleek lines and futuristic curves in a smaller package. What we like about the 208 is the market demographic flexibility it displays and how we really think it could appeal to a variety of potential buyers. The interior is really on-point as well, we really liked the storage for the phone and the little shelf to display it horizontally if the driver needs it for navigation – really cool car that shows this brand is on the up-and-up. 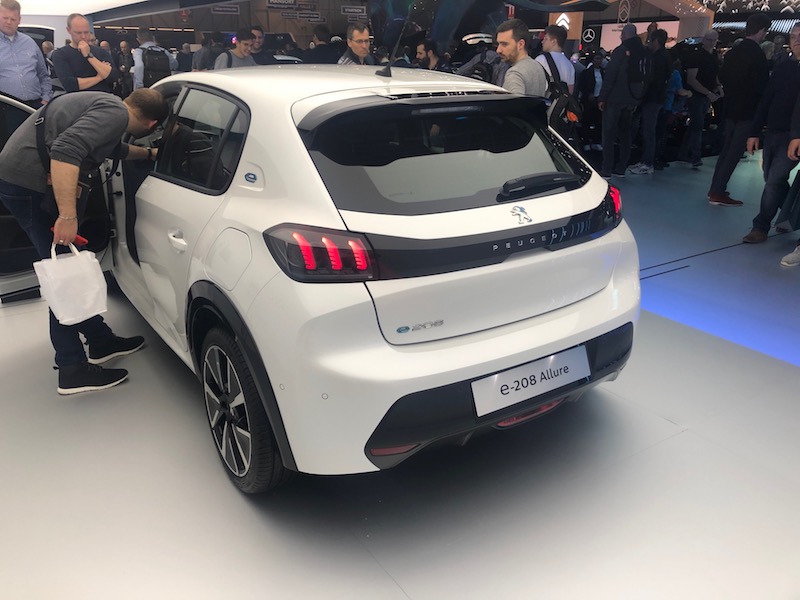