The issue will once again be raised by RTE’s Buyer Beware programme, due to air tonight Wednesday 18th November 2009. The programme uncovers a whole raft of irregularities within the system which Aherne believes can be easily rectified. Cartell.ie is calling for;

Currently, Cartell has access to over 138 million mileage readings between UK and Ireland, that’s 100 times greater than any other Irish company. According to their most recent statistics at least 18.5% of vehicles imported from the UK, and Irish vehicles are clocked. Furthermore, Buyer Beware has unearthed what would appear to be evidence which points to clocking taking place at a local level which should not have taken place because the dealer in question had previously given an undertaking to the National Consumer Agency not to sell clocked vehicles. Cartell is aware that its reports were used to identify the vehicle in question. 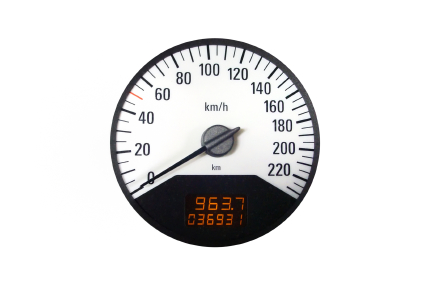 The clocking rate in the UK is estimated to be 10% and it costs UK motorists £100 million in reduced car values. Cartell.ie is therefore extremely concerned given that the clocking rate for these imports is nearly twice that found in the UK itself. Aherne believes the reason the figures are so high in Ireland could be due to individuals not checking the vehicle before importing it, but it is suspected that some unscrupulous dealers may have imported these vehicles knowing their history.

When a vehicles odometer is interfered with and the mileage reduced, this is known as clocking. Clocking is a major safety concern, as a vehicle with more mileage than indicated may not have had the correct servicing at manufacturers recommended intervals. This leads to increased incidents of mechanical failure resulting in a vehicle having to stop at inopportune locations, for example motorways. In extreme cases it may invoke an accident due to timing belt failure at high speeds.

Buyer Beware also raises the issue of cloning. Cartell has known for some time that criminals can apply for a Vehicle Registration Certificate (VRC) in their name for a car which they do not own and have not bought. The criminal then steals an identical vehicle and passes it off as the one they just applied for ownership of. The original vehicle which is generally “clean” and has no adverse history was never for sale and is essentially cloned so that two vehicles exist within the fleet, with an identical registration. One of them is of course stolen.

To combat this Cartell has for the past few months piloted an alert system having taken guidance from the Stolen Motor Vehicle Unit (SMVU). This alert system reviews recent activity on vehicles and alerts the dealer or customer that there may be a higher probability that the vehicle may be for sale under suspicious circumstances. Cartell is the only company to combat this type of fraud in this manner. To date Cartell customers have benefitted from this extra analysis and are more informed when dealing with certain vehicles.