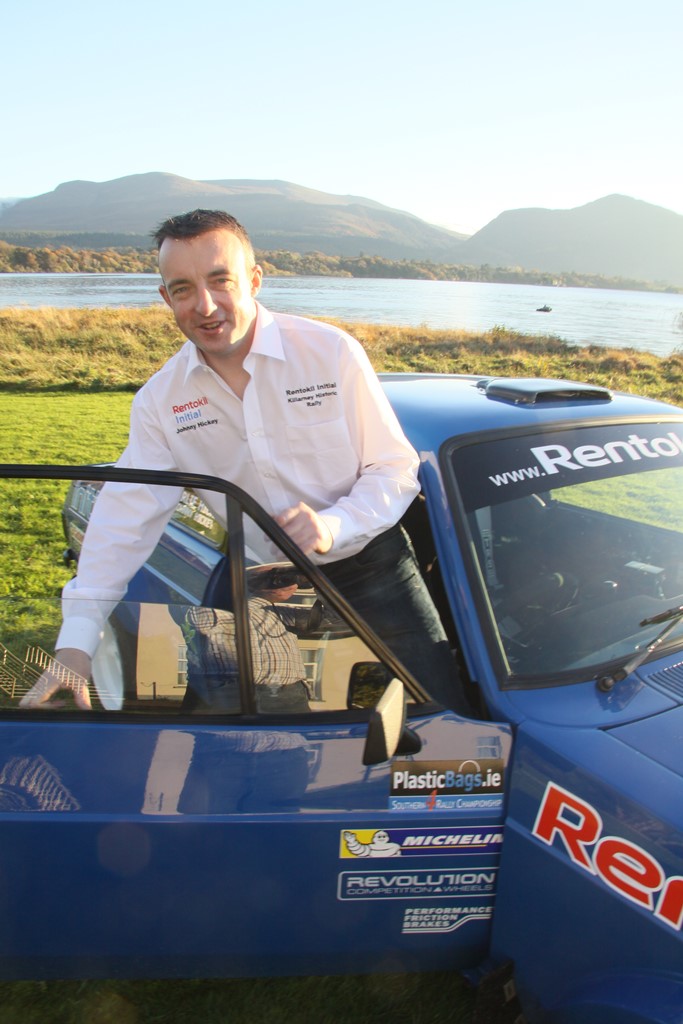 Everyone here at Cartell was saddened to here of the untimely passing of our long-time friend and collaborator Johnny Hickey on Saturday April 24.

We send our thoughts and prayers to Johnny’s family at this time, particularly his wife Jennifer, his children Alyson, Laura, Conor and his parents Charlie and Joan.

Johnny was a massive influence at the Killarney and District Motor Club and played a fundamental role in the continuing success of the Rally of the Lakes and the Killarney Historic Rally.

Johnny came from genuine rallying stock and loved and enjoyed the sport throughout his life and will leave fond memories from the days when he called pace notes for his father Charlie to his involvement in every aspect of organising a rally you can think of since . His uncle John also competes in rallying.

Tributes have poured in for Johnny since news of his passing. Killarney and District Motor Club posted of the legacy Johnny will leave on their Facebook page:

“Johnny has left us far too young and his going leaves a great void in the lives of those who knew and loved him.

“He will be missed most of all by Jennifer, Alyson, Laura and Conor and by his parents Charlie and Joan, his sister Charlene, brothers Cathal and Stephen and the extended Hickey and O’Connor families He will be missed too by his work colleagues, his fellow mountain bikers, Legion GAA Club and his neighbours who could always turn to him for a helping hand.

“For Killarney and District Motor Club, a return to rallying without Johnny will be a much poorer place, where his knowledge, advice, contacts and incredible work ethic will be sorely missed and virtually impossible to replace.”

“You couldn’t beat the motivation, dedication and commitment from Johnny for the Rally of the Lakes. Year after year he tirelessly put in the hours to ensure every part of his involvement of the rally was perfected. Many a late phone call was had to ensure this perfection and that Cartell as sponsors were happy with everything he done. A true gent and a great friend to me and all in Cartell. Our thoughts are with his wife Jennifer and his 3 young children, his father and rallying partner Charlie and mother Joan and the rest of his family and his extended family”

In accordance with Government and HSE guidelines and in the interest of public health a private family funeral will take place for Johnny in St Mary’s Cathedral. Johnny’s Requiem Mass will be live streamed on https://www.churchservices.tv/killarneycathedral on Tuesday morning at 10.30am, followed by burial in Aghadoe Lawn Cemetery.

Once again everyone at Cartell would like to pass our condolences on to Johnny’s family and friends and everyone at Killarney and District Motor Club. Rest in peace Johnny, we’ll miss you.