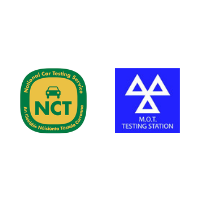 Due to the resurgence of UK imports into the Irish car market in recent years, vehicle data expert Cartell.ie decided to drill down into the published statistics for the Irish NCT and UK equivalent MOT roadworthiness tests. To assess the Top 5 UK Imports into Ireland in 2018, based on their reliability and performance in their inaugural test, we hereby introduce our data-backed analysis of these five vehicles in a NCT vs MOT comparison to determine which test is stricter.

As it stands, UK imports represent roughly 24% of the entire Irish carpark, and the import drive shows no sign of slowing, with over 126,000 vehicles imported in 2018, which is an increase of nearly 6% compared to 2017. It will be an interesting comparison to see how each of the Top 5 UK Imports this year fared during their first NCT & MOT. How prevalent is the variance in pass standards?

The Volkswagen Golf has consistently been a beloved car among the Irish car market in terms of reliability and practicality, and with more than 112,000 on our roads at present. With the release of the popular new Golf in 2013, we are going to round up the stats and review its performance in its first roadworthiness test in Ireland and the UK. 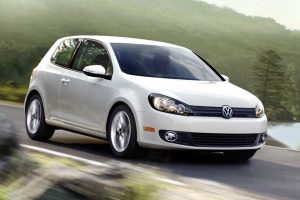 The top three reasons for the 15.8% of vehicles that failed are; 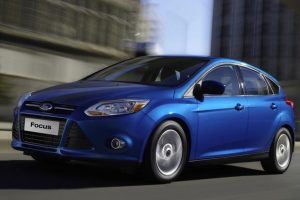 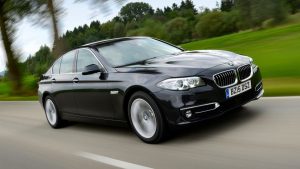 The BMW 5 Series has been a consistent class leader in the Irish premium segment, boasting a luxurious interior, robust engine and a luxurious driving experience. With a sharp increase in the number of BMW imports this year, the 5 Series ranks a solid third place on our list in terms of reliability in its first roadworthiness test. With the overall NCT pass rate for a 2013 5 Series clearing 83.3% based on 2,039 tests. 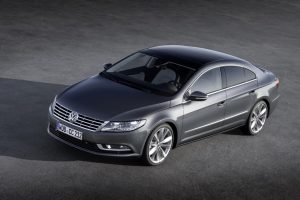 Third on our list, is the Volkswagen Passat. This motorway munching mid-range masterpiece has always been a household name in Ireland, with 80,000 on our roads at present and 31,000 representing imports, it almost lines up with the average first time pass rate for all 2013 vehicles, scoring an 81.2% first time pass rate based on 2,887 tests.
The bulk of 2013 Passats fail on the same handful on reasons.

Likewise, the MOT equivalent for a 2013 Passat somewhat lined up with the pass rates for the NCT, coming in at a respectful 82.3% pass rate from 16,787 tests. 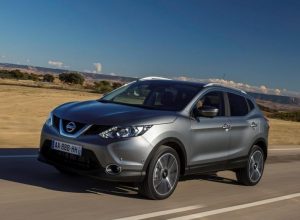 The family-oriented Nissan Qashqai has played a stormer in the Crossover SUV segment for since its initial release just over 11 years ago, and with the upmarket facelift in 2013 it gained further momentum among Irish buyers – many of which have been opting to import one from the UK, with almost 3,000 imported in 2018 alone.

Lining up with the other contenders in our lists;
8.9% failed on the usual Lighting & Electrics
5.4% failed on Vehicle & Safety Equipment
3.3% failed on tyres

In the UK, the Qashqai had an impressive pass rate of 82.8%, with the largest offender being the driver’s view of the road which involves Wipers, Windscreen washers and mirrors, this accounts for 7% of all fails along with 6.5% being Lighting and Electrics, which almost mirrors the highest failure rate in the NCT for the Qashqai.

If you’re in the market for a Qashqai, check those lights!

To round up the stats, each of our Top 5 UK Imports are all within the average of 81.8% for a first time pass in their initial NCT. These cars do have a lower pass rate in the NCT, than the equivalent MOT in the UK. This leads us to the question – is the NCT stricter than the MOT?

When we consider the sheer volume of cars tested in the MOT compared to the NCT, it can be assumed that the NCT is stricter, or could it be because the MOT is due on a car’s third anniversary rather than its fourth here in Ireland for the NCT? Cars in Ireland are going an extra year before they are tested.

Should the NCT adopt the same schedule as the MOT to increase road safety by testing cars more often?

The failure rates on unsafe tyres are a very worrying statistic either way – prevalent across the NCT and the MOT, and this is based on just a sample of five models tested in one year. Unsafe tyres that are overlooked by a motorist and instead, inspected and highlighted by an NCT/MOT technician, could possibly highlight a laidback attitude towards tyre safety among motorists, the data alone speaks for itself.