Vehicle History Check expert Cartell.ie is in Geneva at the Show. Yesterday we looked at some super machines on display (mainly on level 2) at Geneva. Today the focus is primarily on Level 1 which is even bigger. (Also check out our entire album from the Show on the Cartell.ie Facebook page).

Firstly, a look at a more ordinary vehicle and this Suzuki iM-4 concept caught our attention. Described by Suzuki as an “iconic mini 4×4 which expands possibilities and enjoyment of a compact car” it’s a pint-size vehicle, just 3693mm, with quite a boxy, practical-looking loading space to the rear. Possibly it will be a replacement for the Jimny. Apparently the grille and headlight configuration take inspiration from a pair of sunglasses. To our eyes Suzuki might be onto a winner with this one. It looks great on the stand, even with a lot of more glitz-ier vehicles around it and could well be the type of thing the public would warm to in the current market. 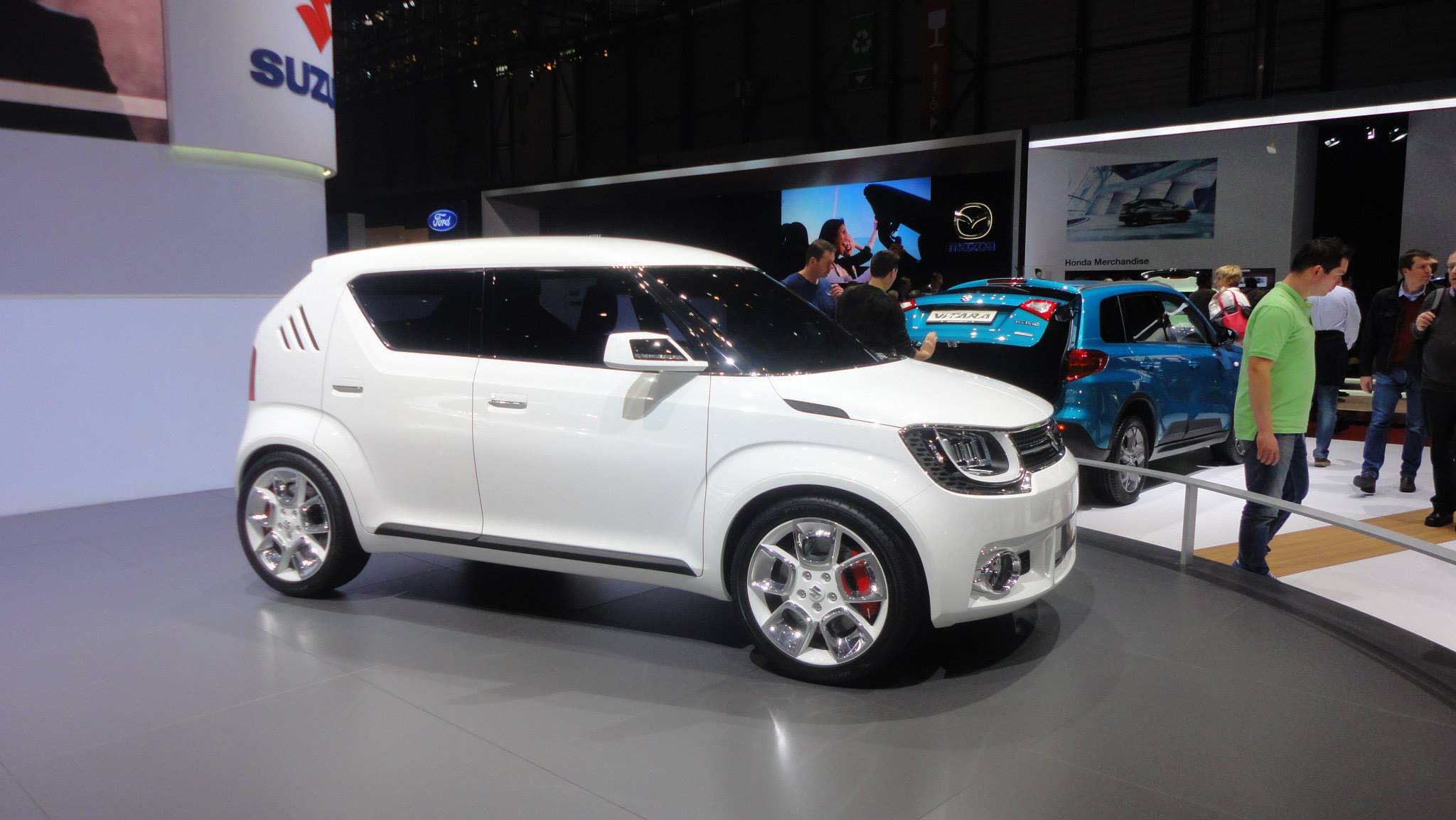 To celebrate 50 years since the Ford GT 40 (40 denoted its height in inches) took a 1-2-3 at the 1966 Le Mans the Blue Oval has displayed at Geneva the new 2016 Ford GT. Until very recently this was a top-secret project at Ford with only a handful of employees working on its production. While the car isn’t complete yet – it’s 95 per cent ready – it will be on sale next year. We think it looks absolutely gorgeous. Check out this video on our Cartell.ie Facebook page of the Ford GT on its stand followed by a dance by the Ford Crew at Geneva. 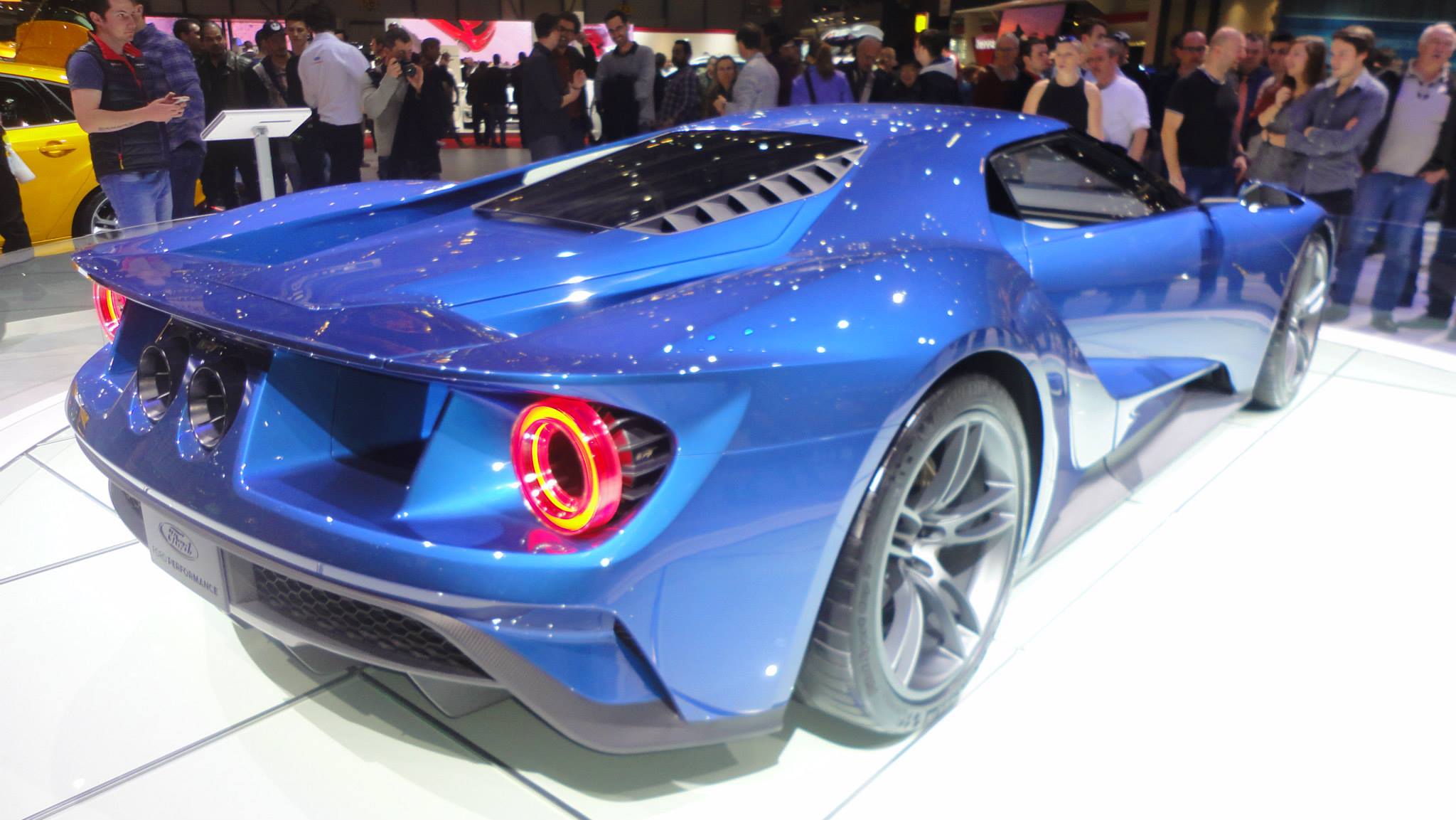 The Toyota stand features the facelifted Toyota Auris and the facelifted Avensis. The Auris, as we mentioned last week, displays adoption of LED headlights and a more prominent front bumper. The back of the car hosts LED taillights and a more muscular bumper and Toyota has installed a new shark fin roof antenna. The interior has also been upgraded. 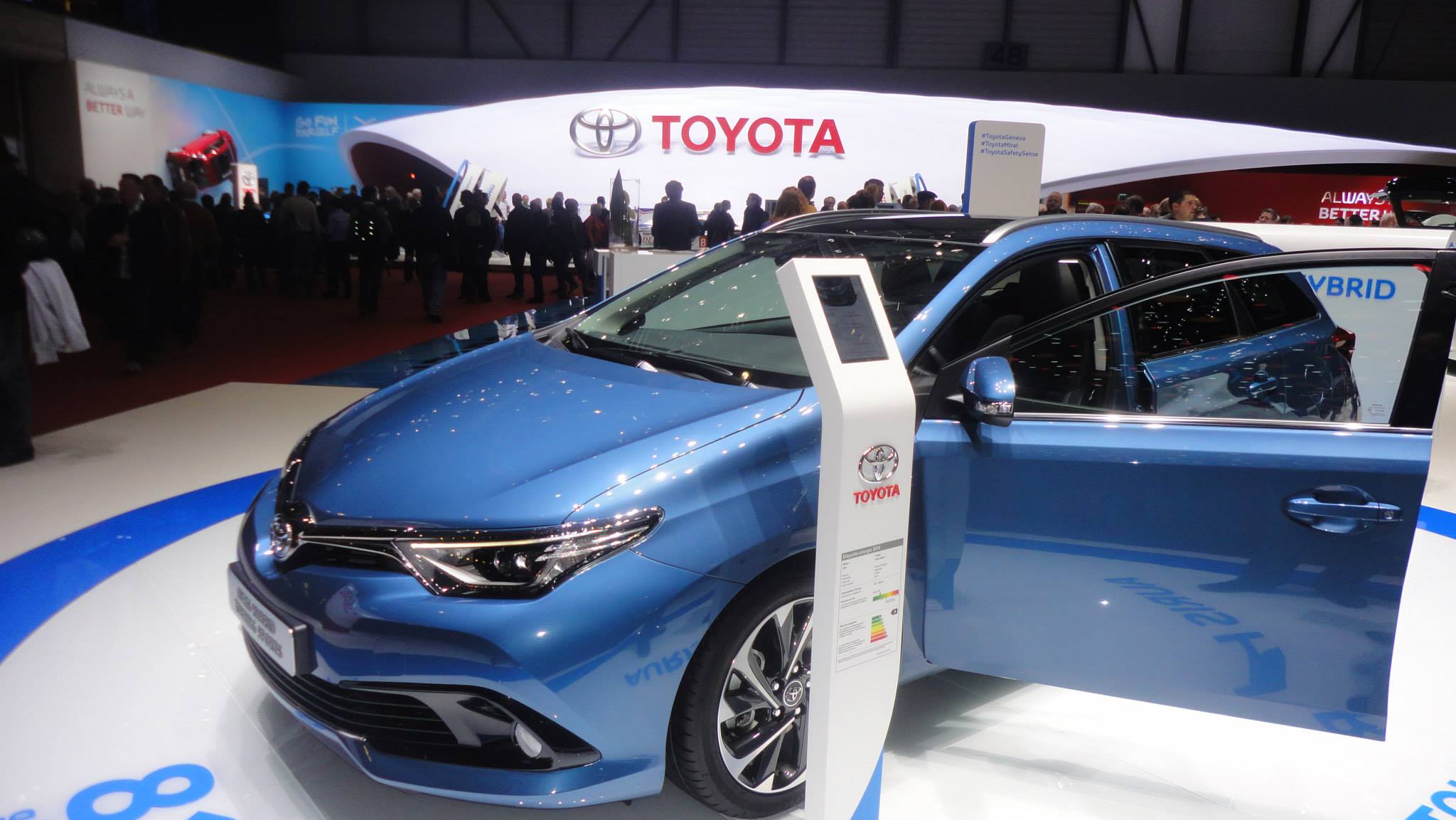 The star of the show on the Ferrari stand is the new 488 GTB but, to be honest, anything with a Ferrari badge attracts great interest here – the crowds are drawn to this stand like a magnet and the fuss never abates. Late into the evening yesterday the crowds were still arching around the Ferrari’s on display.

The news the 488 GTB houses a twin-turbo 3.9 litre unit – the first mid-engined turbocharged unit out of Maranello since the F40 – was generally well received with hints of hesitation over the news the Prancing Horse is moving away from the purity of a naturally aspirated engine. The asthetics of the 488 have been the subject of debate too with some feeling the outgoing 458 Italia looked sharper. 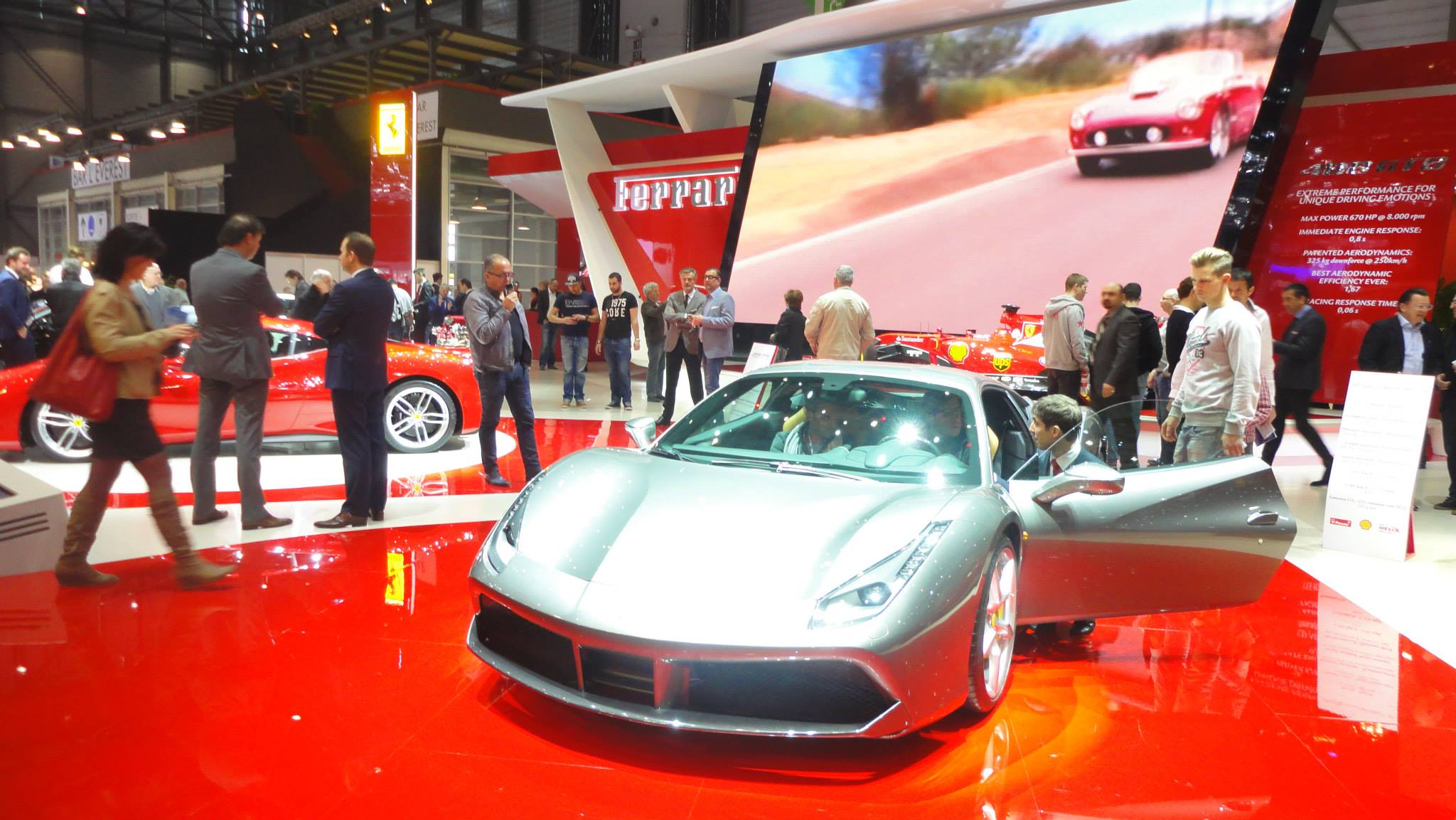 Last year the Ford stand premiered the Ford Focus. This year we see the Ford Focus RS – the super-hot-hatch version. Interest in this car has been significant, particularly among our American friends, as this vehicle will be available for purchase from Ford in North America following an annoucement by Ford CEO Mark Fields at a local press event in Detroit in December. As we said last Wednesday, the RS sports all-wheel-drive, a 2.3 litre engine, and outputs 315 hp. The all-wheel-drive system packs a Dynamic Torque Vectoring Control system that sends up to 70 percent of the power to the rear axle, and, on top of that the Focus RS adds a brake-based torque vectoring system, which transfers power laterally when required.

Cartell.ie was really impressed with the Ford stand this year. Not only did it house the new Ford GT, the new Focus RS and the new (for Europe) Ford Mustang but they also set up a café and delivered any type of coffee for free to the punters and they set up a mini-stand with lots of charging points and various adapters at each point. 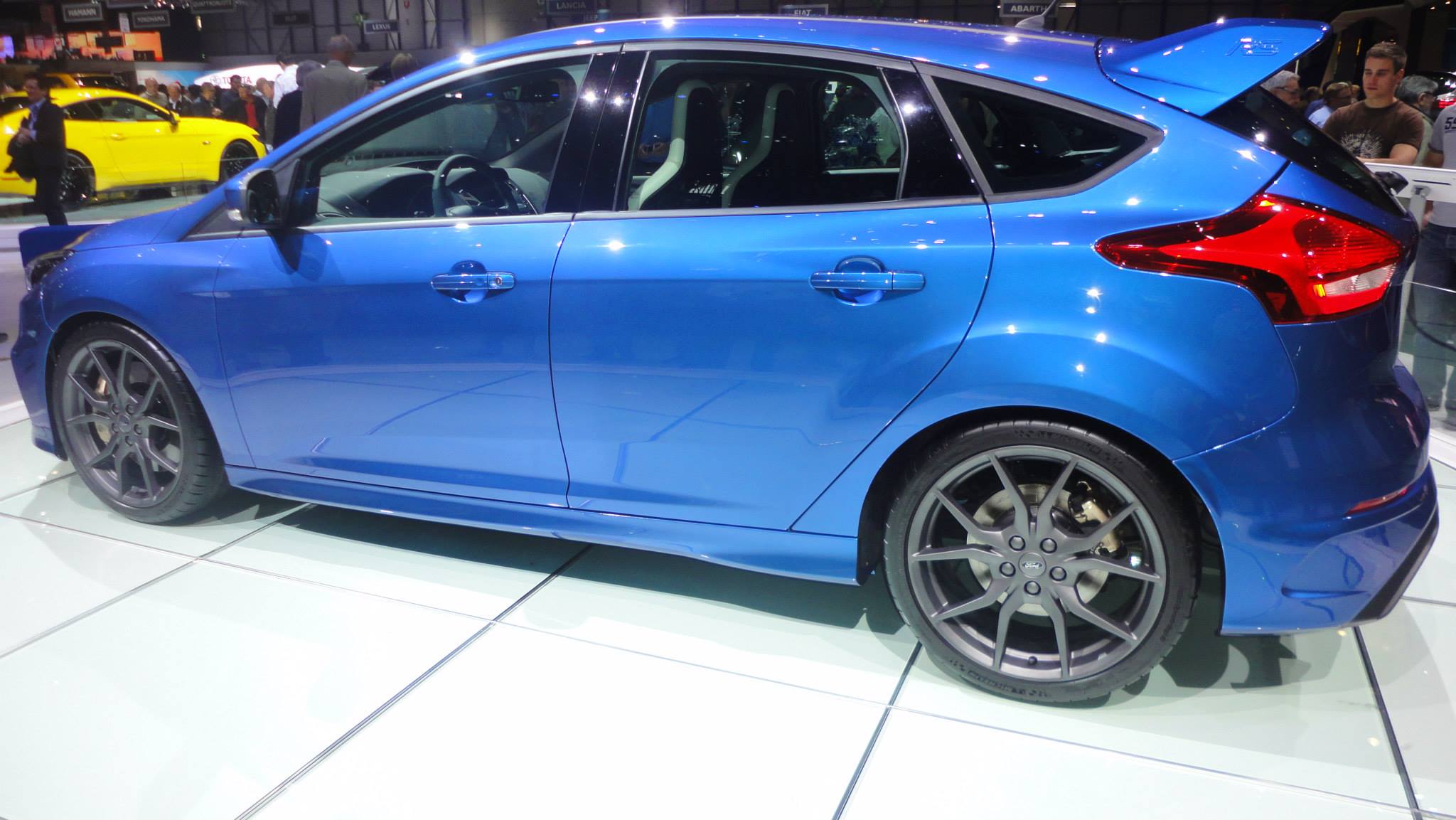 The Koenigsegg Regera is an 1,500 BHP monster which makes an incredible sight here in Geneva. Described by Top Gear as “mad” another publication said it’s the King of the Show and it’s certainly one of the stand-out machines on display. Sporting three electric motors combined with a twin-turbo V8 petrol engine this beast can accelerate to achieve a speed of Mach 0.33 in less than 20 seconds – is this a car or a fighter-jet? It’s also an incredibly sophisticated piece of technology – the company says everything that can open, close, or otherwise move around is electronically controlled – either by a smartphone app or a remote control. We’ve included a photo of its engine too, just so you know it’s real – they have made it. 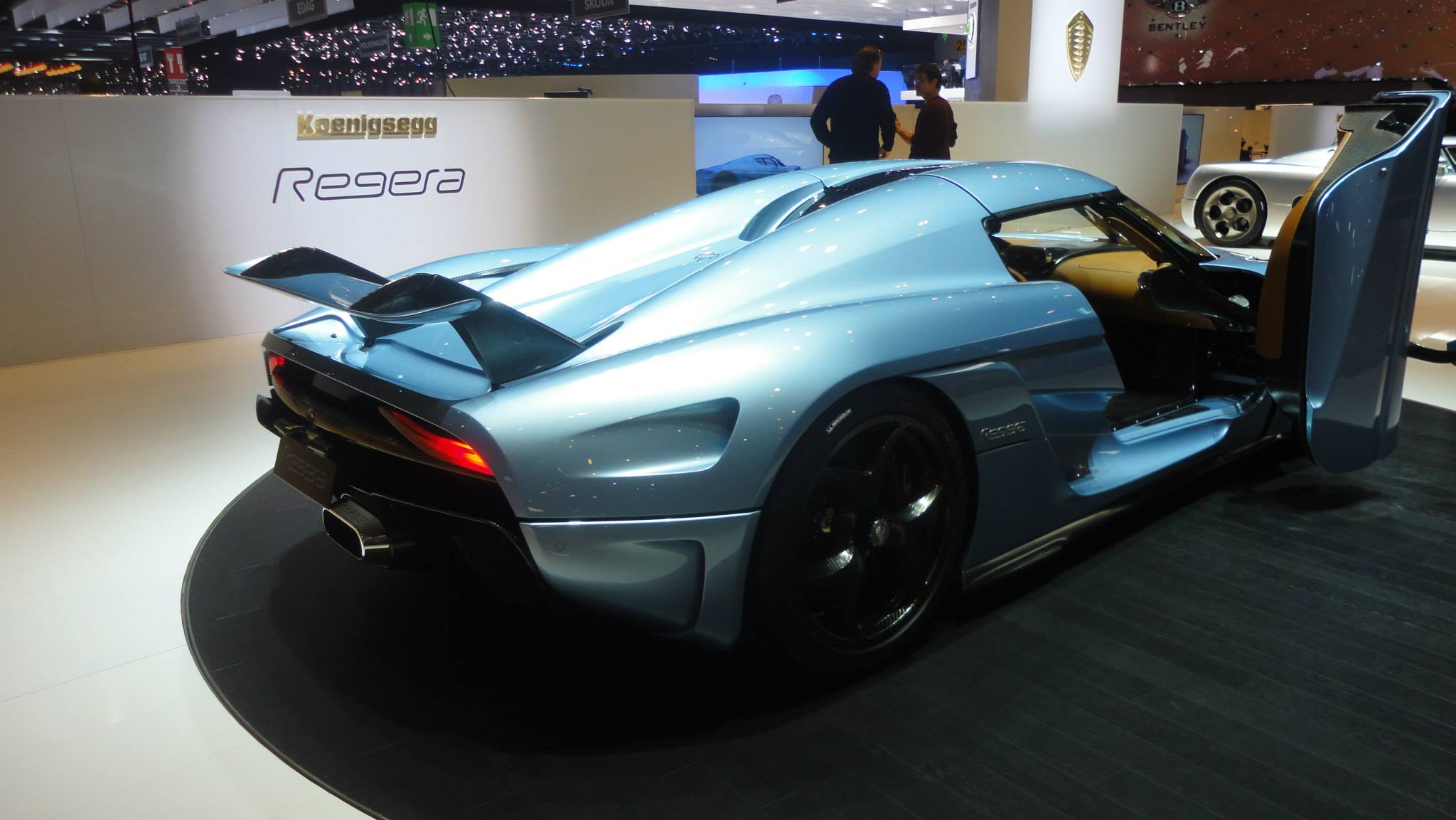 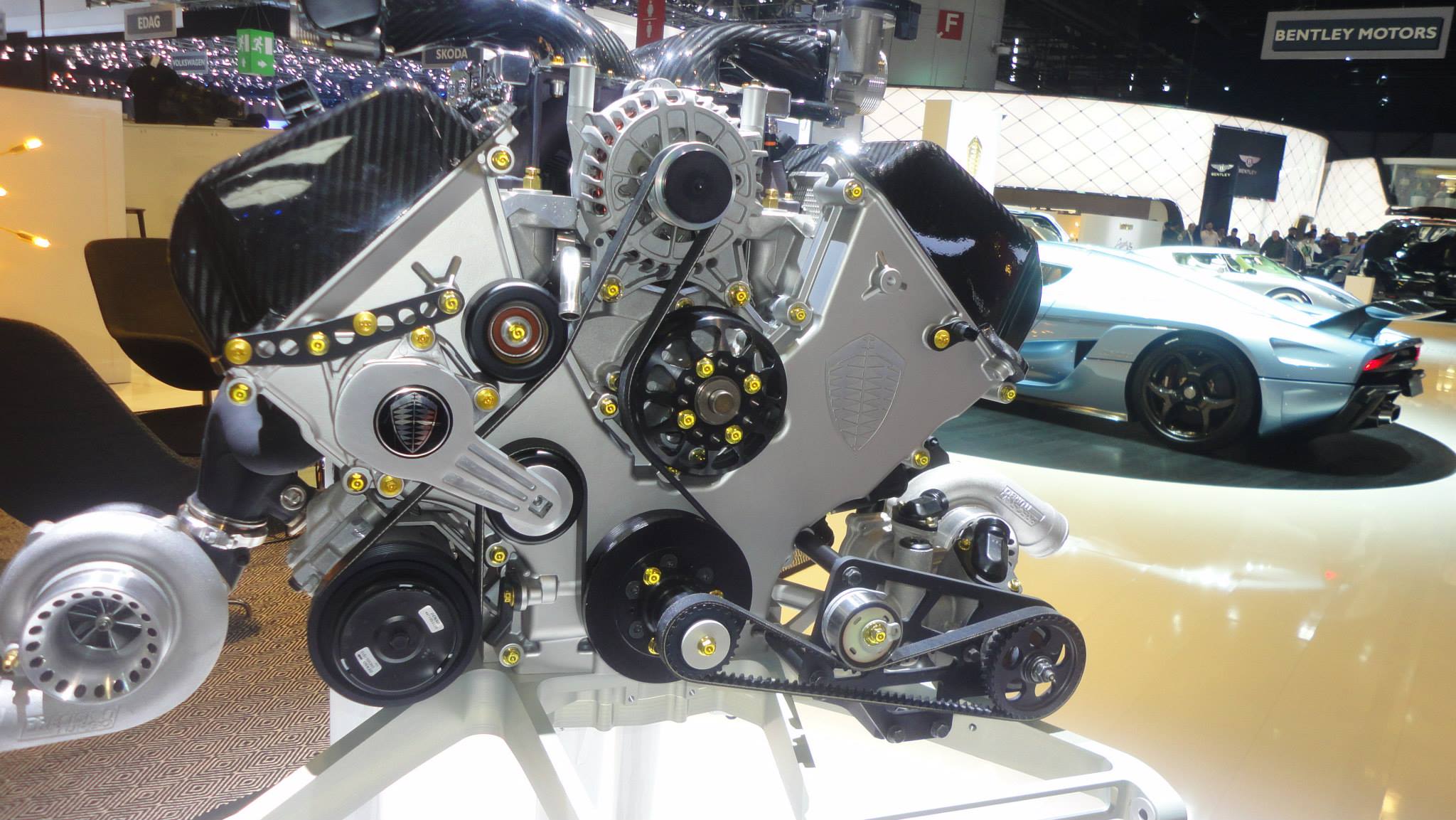 So, that’s it! You can check out the entire album from the Show on our Cartell.ie Facebook page (with lots and lots of other cars featured) and we’ll run a competition on Friday to mark the event too. Thanks for reading.