The figure from September 2013 was up 35 per cent on September 2012. The spike in used vehicle sales may be attributed to the Government changes to the off-the-road tax regime where queues outside motor tax offices were widely reported in the press. The net effect of this regime change meant that owners had to declare vehicles off the road. To declare the vehicle off the road, ownership documentation had to be properly filed and this may have resulted in a late rush to declare ownership. 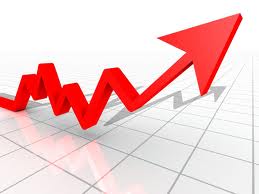 Overall, the used car market is set for 900,000 transactions, including trade-to-trade transactions, in 2013 and eclipse last years total of 888,738. These figures are all the more impressive considering that there has been limited new stock passing down given the low volume of new sales which themselves are down 7% year-on-year. This has had the effect of keeping values strong in the used market and encouraging the importation of vehicles from the UK.

2013 has been another strong year in the used car market which is helping to offset the fall in the new market. There is every reason to suspect that 2014 will be another good year in the used market. For those thinking of buying a used vehicle, there is no better time than the run up to Christmas. Dealers will discount vehicles rather than have the stock sit over Christmas where it is depreciating. And just like the rest of us, dealers need their cash at Christmas too.