The Irish Sun today reports on the technology of intelligent speed adaptation where Cartell.ie is quoted as saying “the path has been cleared for Black Box Recorders in vehicles which will operate similar to aircraft”. The technology is called External Vehicle Speed Control (EVSC) and Cartell.ie first considered it back in 2005. At that time we concluded it was too expensive to implement – but not anymore. Cartell.ie Director Jeff Aherne explains:  “When the technology was new it was expensive but now with the advent of smart phones the technology is more mature.”

On the 16th of April 2012 Cartell.ie attended the Road Safety Authority (RSA) International Conference on Recidivist Behaviour and Driver Rehabilitation Programmes held in Dublin Castle. One of the most interesting speakers among the many of interest was Olivier Carston from the Institute of Transport Studies at the University of Leeds.

Professor Olivier Carston spoke about Intelligent Speed Adaptation (ISA) which is very controversial indeed. Essentially ISA is about monitoring the speed of a vehicle and alerting a driver of the speed limit in the area to which the vehicle is travelling. But and this a big but, the system can mandate the driver to remain within the speed limit. That is correct, it can ensure that a vehicle does not break the speed limit. The first question that needs answering is why would we need big brother controlling our speed? 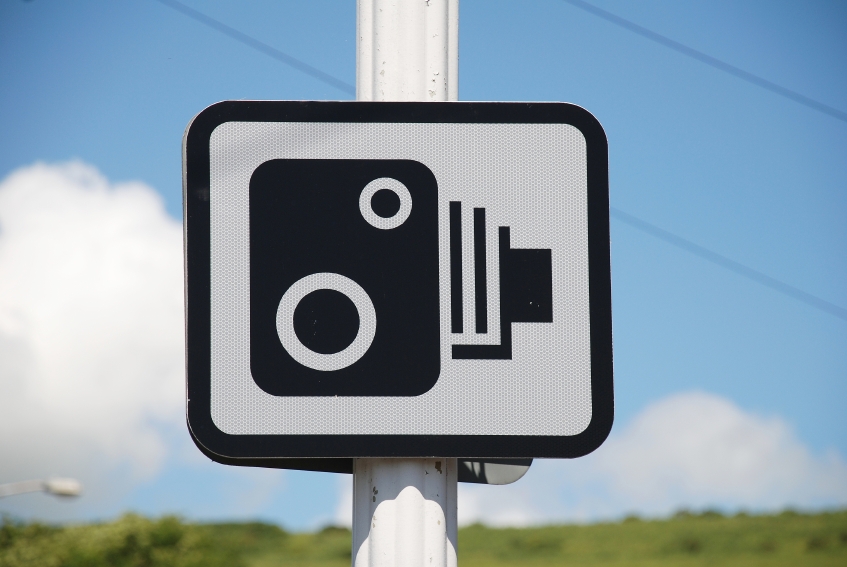 2011 had the lowest number of road deaths recorded in the last 50 years. The number of people killed on the roads has more than halved over the past decade with 411 people having died in 2001. The worst year for road fatalities was 1972, when 640 people died on the roads, marking a steady increase since 1961, the year records began, when 332 people were killed. Therefore if our roads are getting safer then why do we need ISA.

According to Professor Carston,  an increase in speed on a given road of 2%  related to a squaring of the number of injuries (4%) and a cubing of serious injuries (16%) and deaths to the power of four (256%). According to the experts, speed is a contributing factor in 30-40% of all fatalities. This fact is true even though in the UK alone there are over 6,000 fixed and mobile speed cameras while over 1.7 million speeding tickets are handed out annually. That said the average percentage of cars breaking the 30mph speed limit have fallen from 72% in 1995 to  46% in 2010. But there has been very little percentage change of speed on the “faster” roads such as motorways where attitudes seem to be indifferent on motorways for example. And this is where the debate really heats up. Attitudes towards those who hog the outside lane doing 120km/h can be seen everyday on our motorways ranging from the flashing of lights to the bird or both fingers.Road deaths have been falling across Europe with the introduction of Anti-Drink driving campaigns and penalty points and manufacturer improvements such as air bags and SRS. Each one of these measures according to Professor Carston yields a drop of a certain percentage but no more. In other words seat belts will save a certain number of lives but they can’t save every life.  He feels that technology is the next outpost.

ISA is speed management for the digital age. It requires four components

1. Position: a GPS based navigation system

3. HMI: Tell the driver the speed limit – A voice alert like your satnav

4. Control (if wanted): a link to the drivetrain

There are three ways in which the technology can be used to reduce injuries.

On the safety side, the following figures show how the three different measures can reduce injuries

For those who believe this to be a pipe dream, this system has been tested in Lancashire UK where a speed limit map was fully developed. 402 drivers drove for 9 months covering 3.4 million km of road with the data tracked over the GPRS mobile phone system with 1 message per second (1Hz) received.

And just to stir up the hornets nest, the data is stored on the vehicle which could be used in the future for all aspects of the vehicles travel. There is no doubt in my mind that the Irish Data Protection Commissioner may have an issue with this.

So when can we expect to see it? Well the only thing that is stopping the potential implementation of the system is the mapping. It would cost £6 million in the UK to create the detailed maps with the speed limits on them. One might assume a similar cost here. However the RSA have confirmed that there is a review being undertaken of all the speed limits in Ireland and therefore the maps could be imminent as the cost of a single fatality to the state is over €1 million. Then it’s just legislation but I find it hard to imagine that it could only ever be implemented on either an advisory or voluntary basis.