A quick discussion on some feedback from last week

Band B Motor Tax Hit Hard – as we predicted

In a recent blog Used Car History Check expert Cartell proposed an alternative method of generating motor taxation. We were delighted with the coverage our proposal got, both in social media, and here on the site. While not everyone agreed with us – and we never expected any different – it was heartening to see discussion generated. It was also noticeable that motor taxation is an issue that Irish people are keen to see re-considered.  Here are some of the comments we received and a few points we’d like to make:

Jon Cashman didn’t like the fact that motor tax is set too high in Ireland – and set to increase again. 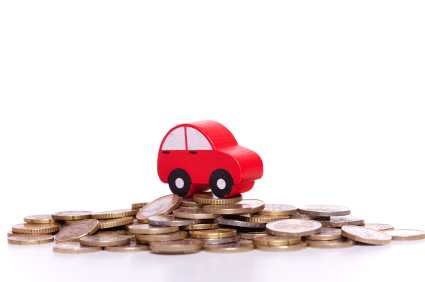 Tom Murphy liked our proposal that we pay less tax as our car gets older while Greg didn’t accept our methodology here at all – saying that older cars are cheaper to maintain as they can be serviced in street-corner garages as opposed to the main dealer network while the car is in warranty: it’s a valid point. M Keeshan felt there should be a greater effort to collect tax saying that 10-15% of vehicles have no taxation at all.  We agree with this. In our blog earlier in the year on a related point Cartell noted that more effort will be done to track down vehicles with unpaid tax using the SORN system if that system is introduced in Ireland. Another point that was mentioned by both Eddie and Anuj in our first blog on this issue was the merits of abolishing road tax altogether. While this idea is in line with our general theory that increases in tax may take some vehicles off the road – or outside the tax net altogether – it’s difficult to envisage the Government actually abolishing road tax  as its such an important revenue stream – in a recession every revenue stream is important. Finally, both Donal and Greg weren’t too happy with our proposal to use power as a variant. On this point we have a slight clarification: in our original workings on this issue power was penciled as a factor for electric vehicles, predicting a rise in their use in the future, however in the final analysis it was entered in its PS/BHP/Kw context to create a certain uniformity across electric, petrol and diesel aspirations.

In any event Cartell was not surprised with today’s announcement to increase motor tax in 2012, to be applied from 1 January. Band A Motor Tax is up to EUR 160, Band B is up to EUR 225 and Band C is up to EUR 330. The bands themselves remain unaltered. These increases are in line with our prediction that Band B would be hit hard. We are also interested in the Government announcement to review motor tax (and VRT) in consultation with the motor industry. We welcome this initiative.  In the spirit of that dialogue we want to continue by offering another alternative aside from the formula which we proposed last week: Instead of continuing to focus on CO2 as the sole determining factor for calculating motor taxation we propose an emphasis on the original manufacturer value of the vehicle with discounts for vehicles with lower CO2 emissions.

This would incentivise manufacturers with higher base-value vehicles to curb their CO2 emissions in a bid to keep taxation lower. Like last week’s proposal it’s only a suggestion. Still, it appears for another year at least we will continue to calculate our taxation on the basis of CO2 emissions – and at least it’s relatively easy to formulate.