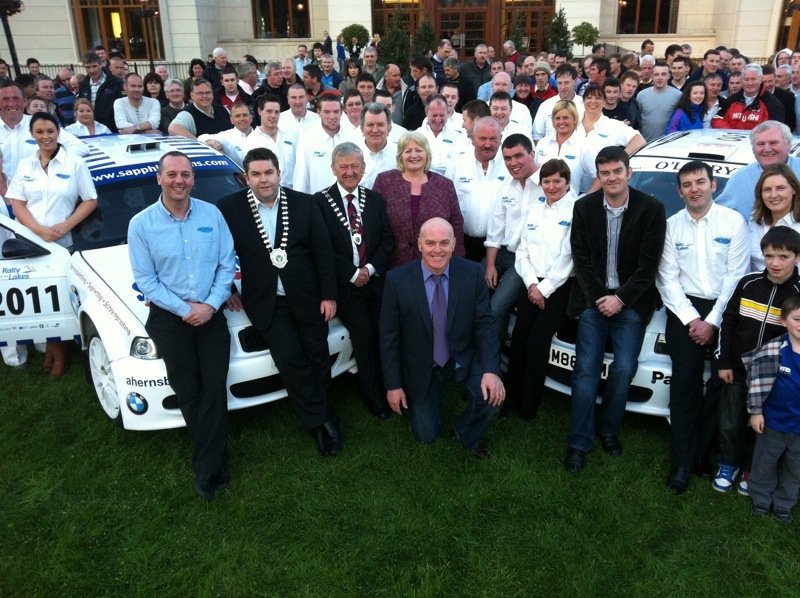 Mayor of Killarney Donal Grady last night said the Cartell.ie International rally “is now regarded as the event which kick starts the tourist season in Killarney each year.” Speaking at the launch of the 2011 Rally he assured the  large numbers in attendance that Killarney Town Council would do everything possible to facilitate the running of the rally and to “ensure that everybody who comes to Killarney for the weekend will leave with a great impression of the town” Cartell.ie is title sponsor of the event for the second year and has committed to it until 2013!

Jeff Aherne spoke at the launch ceremony and was accompanied on stage by Chairman of Killarney and District Motor Club, Diarmuid Cronin, Patrick O’Donoghue of the Gleneagle Hotel Group, Brian McArdle Ordnance Survey Ireland, Tom Randles President of Killarney Chamber of Commerce and Tourism and Aaron McHale who spoke on behalf of the Road Safety Authority. That authority is using the event for a major road safety awareness campaign. 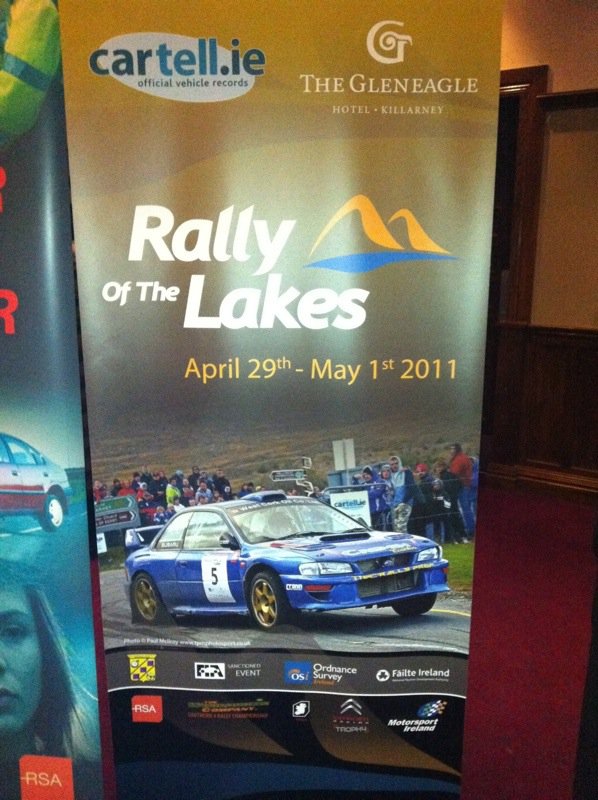 Cartell can also announce more details of the 2011 Rally:

Day one will consist of 4 stages, Molls Gap, Beallaghbeama, Caragh Lake and Shanera, each of which will be used twice. Denis Cronin, last year’s winner, will lead the field followed by Tim McNulty,  who dramatically lost last years event.  The first car will start Molls Gap at 8.03 and will arrive back to overnight Parc Ferme at 18.15. Service throughout the day is centralized at Liebherr Container Cranes on the main Killarney to Killorglin road.

The action restarts on Sunday with Molls Gap, followed by a loop of three stages, Healy Pass, Cods Head & Ardgroom in the Beara Peninsula, each of which are used twice, followed by the final stage at Killmackillogue. The leading cars are expected at the Finish Ramp at the Gleneagle Hotel at 17.25.

Service on Sunday will be on Dinis Island Castletownbere, courtesy of BIM and the Castletownbere Harbour Master. Apart from the battle for the International honors the National section will be hotly contested with last year’s winner Barry Meade facing stiff opposition from drivers such as Fergus O’Meara, Martin McGee, Kevin O’Donoghue, Charlie Hickey, Eugene Ferry, Vincent O’Shea and John Hickey all in Ford Escorts.

Also capable of challenging for a win in the National Section are Eoin Doyle from Mooncoin in a Subaru Impreza, John Somers from Wexford in a Toyota Celia and Joe Connolly from Kilkenny in a Ford Escort.

Join in the fun and find the latest Rally info on our Facebook page – including chances to win great prizes!