Well for those of you who don’t know I’m a VW Golf Nut although I’m partial to high end luxury cars but just haven’t gotten around to buying one. Well that’s my excuse anyway. Being an engineer however brings out the techno junky and the usual name calling associated with boring bar stewarts.

So picture an sneacta air an talamh and two Golf’s in my hands both capable of doing 130mph (apparently) and 0-60 from less than 8 seconds (again apparently). Both are turbo and both front wheel drive. One diesel and one petrol. Both have new tyres all round. Which one behaves better in the ice and sioc? Now as an engineer one has to have a control and a safe environment. With that done it was time to check for grip.

A Traction Control system (TCS) works by reducing the engine power to help prevent the driven wheels losing traction during acceleration. In the case of the Golf it works together with the Anti-Lock Braking System (ABS) at all speeds. One of the Golf’s has TCS. So press the button and a light flashes on the dashboard. 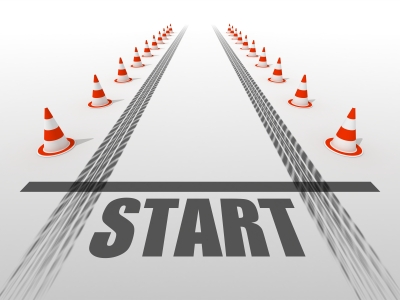 Brilliant ready to go. Not quite. Did you know that by pressing the button I was actually switching the system that will help me grip off? How many of us do that? That’s right, by pressing the button we are deactivating the safety system which helps us maintain traction during acceleration. So the TCS is PERMANENTLY on and a quick survey of friends shows that most of us switch it off during winter. Before we all start blessing ourselves that we haven’t been killed by now, switching off the TCS is required according to VW when “driving with snow chains or deep snow or loose surfaces” or gets this “rocking the car backwards after it gets stuck in mud”

Are you confused yet? It gets better. The second Golf has Electronic Stability Programme (ESP) and a winter button. ESP reduces the danger of skidding by braking wheels individually and combines TCS and ABS. The system uses the steering wheel angle and road speed to calculate the changes of direction required by the driver, and constantly compares them with the actual behaviour of the vehicle. If the desired course is not being maintained accurately (for instance if the vehicle is beginning to skid) the ESP compensates automatically by applying the brake at the appropriate wheel. The forces acting on the braked wheel bring the car back to a stable condition. If the vehicle is tending to oversteer (break away at the rear) the brake application is concentrated on the outside front wheel; if the vehicle is under steering (tending to follow a wider radius in a bend), the brake is mainly applied to the inside rear wheel.

So ESP is better than TCS. Can I leave it switched on pulling away from my starting position? Em well no. The ESP should generally be left switched on at all times. The ESP should only be switched off in specific situations by pressing the ESP button. And guess what those specific situations are “driving with snow chains or deep snow or loose surfaces” or get this “rocking the car backwards after it gets stuck in mud”.

This is worse than flying. When we need the technology to get us moving from a an estate that Disney’s Christmas on Ice should have taken place (saving me the expense of travelling to City West where it was held and experiencing thousands of three foot princesses to be hit with the inevitable purchase of said outfit for a 2 year old), we have to switch this technology off and go it alone. And then once we get moving switch it back on. It reminded me of being told in a Cessna 150 to move my ass by an irate US controller while I bumbled around from the taxiway to the main runway as a 100 tonne plane wanted to land. That was scary but at least the two bored silly pilots had the privilege of using full power and going around without having to justify their additional fuel expense. They could just blame me. Whatever. But that doesn’t compare to pulling onto the main road in front a Hyundai SSIA driver oblivious to the fact that a two tonne vehicle can’t stop in the ice.

So what use are ESP and TCS in the snow? About as useful as an inflatable dart board well initially anyway. But then enter the saviour the winter programme which is a switch beside the ESP button. The Winter Programme “is a convenience assistant that influences the engine control. When you accelerate, the engine revs are controlled so that you are able to pull away and drive more easily on slippery surfaces without the ESP system being activated”.  And guess what it is particularly valid when driving in winter conditions or on wet roads or when using snow chains on loose surfaces. The winter programme is the bomb. Once activated it doesn’t forget that you are in snow even though you might. It is definitely the way forward. I think all vehicles should have ESP and a winter function and VRT should not apply to these safety functions.