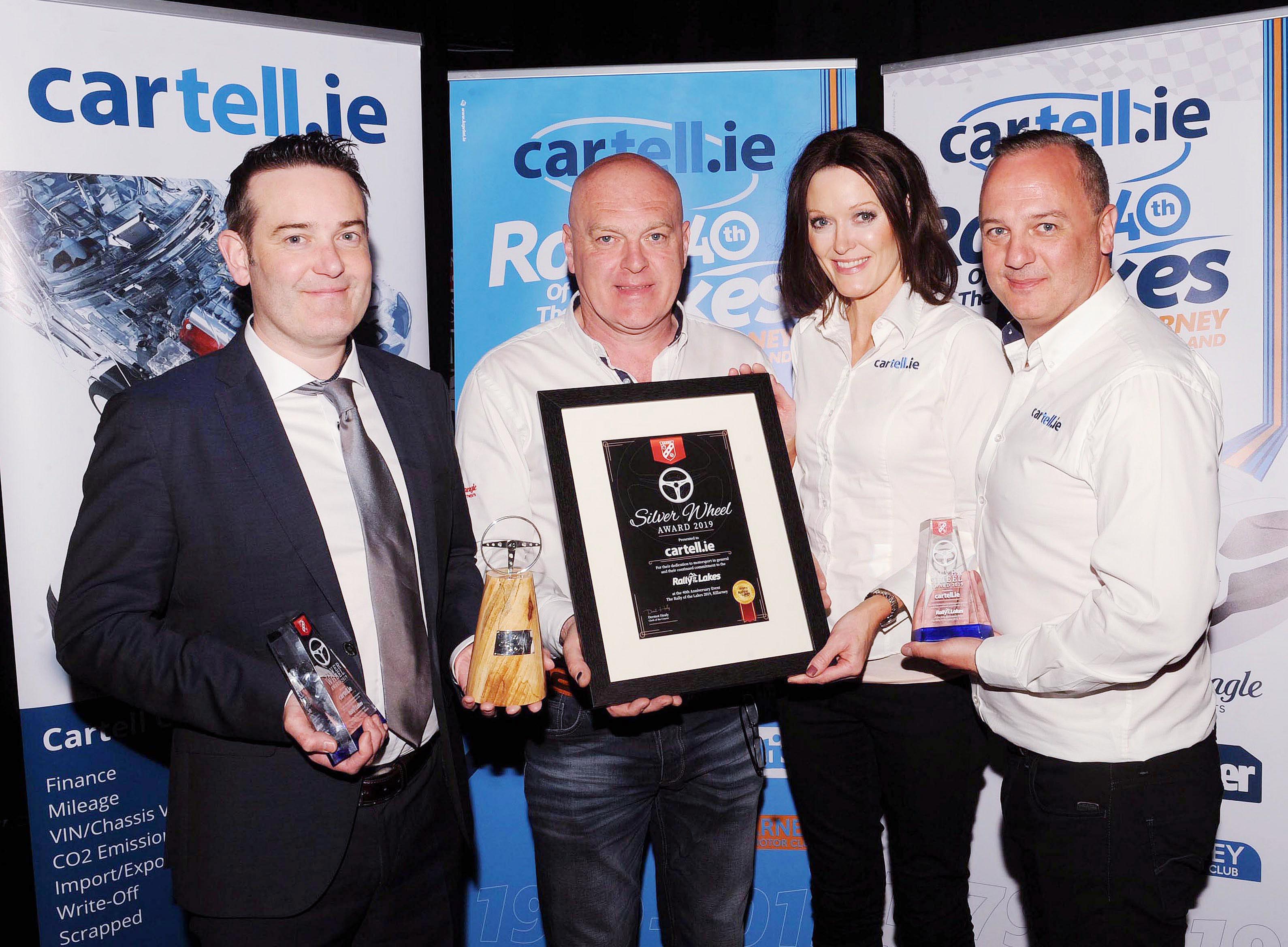 Cartell.ie, Ireland’s number one car check website, has committed to sponsoring the Rally of the Lakes for another three years.

This year marked the Kildare-based firms tenth year in a row sponsoring the rally. Killarney and District Motor Club, this year celebrated the 40th running of the famous rally and the new sponsorship agreement will safeguard the events future.

Cartell.ie will back the rally until 2023 making this one of the longest event sponsorship agreements in Irish rallying. Only Shell Oil’s involvement with the Donegal International Rally in the 1980s, through to the early 2000s eclipses this deal.

Senior management at the company were impressed with this year’s 40th anniversary celebrations.

They recently returned to Killarney where the met with club and rally officials and put pen to paper the confirm the deal until 2023.

“It is great that such a well-known and prominent company want to be involved in the rally and this is a testament to strength of the club,” said chairman Diarmuid Cronin. “It is an arrangement that works so well and Cartell.ie and the Rally of the Lakes are hand in glove at this stage. We are delighted to welcome back Cartell.ie and the professionalism they bring.”

“We are delighted to have Cartell.ie on board for the next three years” said Rally of the Lakes clerk of the course Dermot Healy, “Cartell.ie are a pleasure to deal with, their business fits ideally with the rally and the motor trade. Over the last ten years, I have become personal friends with Nicola and Jeff Aherne and Richard Lahiff, and the Killarney and District Motor Club look forward to welcoming them back to Killarney for next year’s rally.”

Next year will also mark the Gleneagle Hotel’s 40th year as the event headquarters and already the O’Donoghue family are planning a special way to mark this occasion.