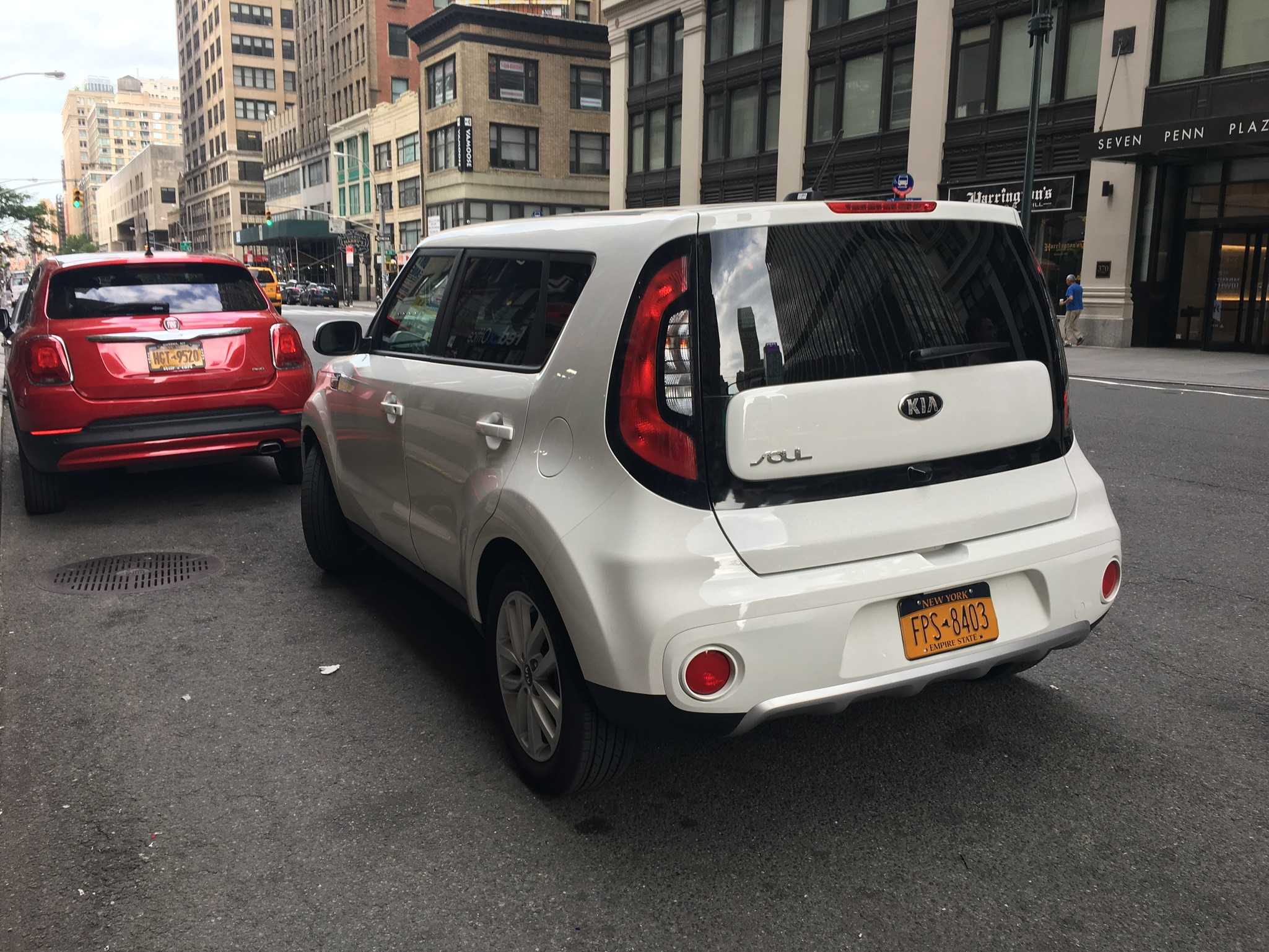 Our guy Dean Perry was in New York recently – driving around the Big Apple. Here’s how he got on:

Given the keys to quite possibly one of the largest unsung heroes of the motoring world (maybe not), in the biggest and wildest city in the world, what do you do? That’s right go for a good oul drive.

My first time ever driving a left-hand drive vehicle and I threw myself in the deep end with it being in New York City. The previous days leading up to the collection of the car I was discovering this amazing country using taxis and the subway system, I continually asked myself why am I about to drive in this crazy place? The drivers are nuts and the soundtrack of the city really is that well-known mix of car horns and emergency-service-sirens; never has a place been better known for its distinct sounds of thousands of vehicles all rushing to find the fastest route around a concrete jungle.

Turning up on collection day at West 49th street Midtown, I was first greeted with a vehicle that, to be completely honest, I had not much affinity with since it started production – the Kia Soul. The 1.6 petrol 130hp engine mated to a 6-speed-automatic transmission sounds like a recipe for a disaster to us diesel loving Irish, however as it turned out it was the perfect vehicle to travel the great USA in.

So, after the paperwork was signed I was on my way, let loose with 130 rampant horses on the streets of the craziest city in the world! Almost straight away the horns of the impatient yellow cab drivers in their battered hybrid Camry’s were ringing in my ears, however, after only a few minutes the Kia and I were cruising up 8th avenue with not a care in the world.

With no location set for the day of collection a cheeky spin around the city was in order. Driving blocks and blocks until I circled back to Times Square to discover the difficulties of the real NYC. However, again no issues but for the constant presence of the almost maniac like yellow cabs and the multitude of Uber drivers.

Many drivers undertake and expose gaps that would put an F1 driver to shame as they set about making the fastest possible time to their destination, after all time is money! In a way, somehow, it reminds me of a busy rush-hour filled M50, with many drivers treating the roads as an obstacle course, this strangely created an element of fun while driving. After very little time I was the one using the horn to express my anger towards the slower drivers, even if the lights only turned green milliseconds beforehand!!! 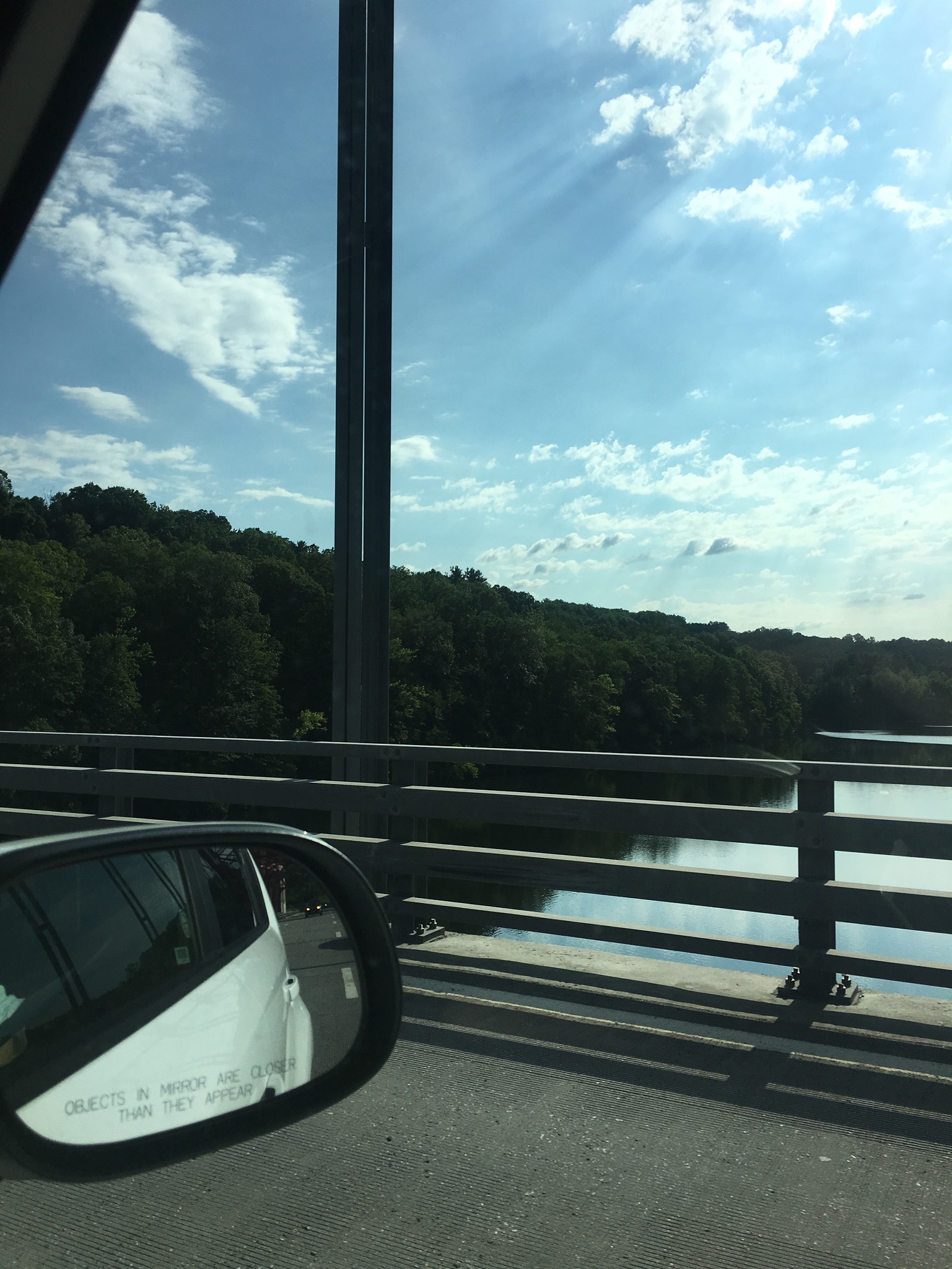 After navigating through the busy streets of NYC, it was time to retire the Kia for the night in my hotel’s underground parking lot on 31st and 7th. Unsurprisingly like many major cities parking prices are restrictive and for the 12 hours the car was resting the price came to a whopping $53!

Soon the 4th of July was upon the United States, and, warned of the high levels of traffic expected to be leaving the city, an early start was required; so at 8am on the 4th the car was pulled to the front of the hotel and jam packed with all the necessary luggage. This, however, had been needless, as no traffic was to be seen! The cruise control was set to 55mph and the Kia set about eating up the miles for the 2 hour journey to Poughkeepsie upstate New York.

Soon into the trip the roads widened to 6 lane highways and the Kia was in its element. However, this was all to change as the road started to climb and narrowed to 2 lanes on the Taconic highway. The 55mph speed limit on a narrow bending stretch of road proved dangerous with run offs into stone walls and steel barriers; it was a little uncomfortable, the cruise control was quickly disengaged and the gearbox shifted to manual as traffic speed was too inconsistent.

After the 10-15 minutes of sweeping bends the road widened again and unveiled a picturesque landscape. Trees and wide meandering rivers covered the land as far as the eye could see. The bridges used to cross these wide rivers were classic Americana, finished in red they looked like they had been designed in the 1800’s and had stood the test of time.

Life was easy, the cruise control was set now to 65 and the Kia once again set into its stride, until the dreaded toilet break was required:  A quick stop off the Taconic to the closest “gas” station quickly resolved the situation! While in the gas station the purchase of some beef jerky was a necessity as all American road trips require this, (top tip: never try beef jerky it’s absolutely awful and left a dreadful smell in the Kia). Soon after due to the rural location of our whereabouts the phones lost signal which meant the sat nav failed to work and the Kia found itself landed in a small rural town named Hopewell. With no locals to be seen due to it being the 4th of July discovering the way back on track was impossible; then for a brief moment the sat nav rebooted and we were back on course using the backroads to guide us to our destination.

I am somewhat happy the sat nav failed as what was unveiled was absolutely incredible, the farmland and the rural housing with the mailboxes out front, the wooden porches with the rocking chairs and the American flags flying proudly at the forefront of each house. The white picket fence at the end of each driveway with outrageously large “trucks” parked up – it was a sight I thought was only something dreamed about in movies.

The difference between the city and the more rural areas is something to behold and I urge anyone travelling to the USA or planning to, to rent a car and discover the country from behind the wheel as it is another experience altogether. You can read numerous blogs and posts about driving in the US (good and bad), however, there is only one way to fully experience it and that is from behind the wheel. Try it you will not regret it. 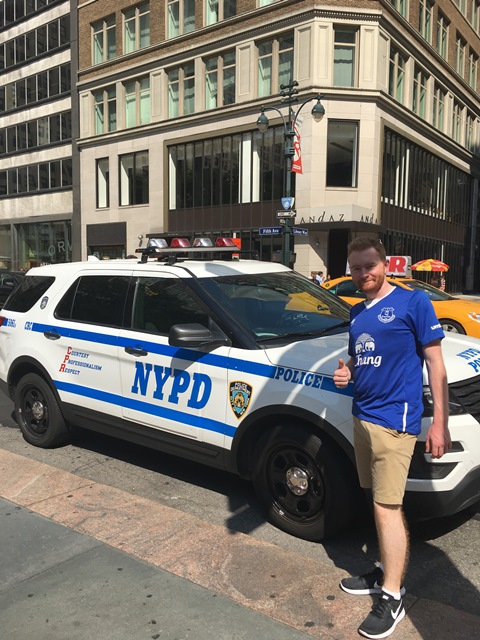