Home / News & Press / Launch of the Cartell.ie International Rally of the Lakes 2017 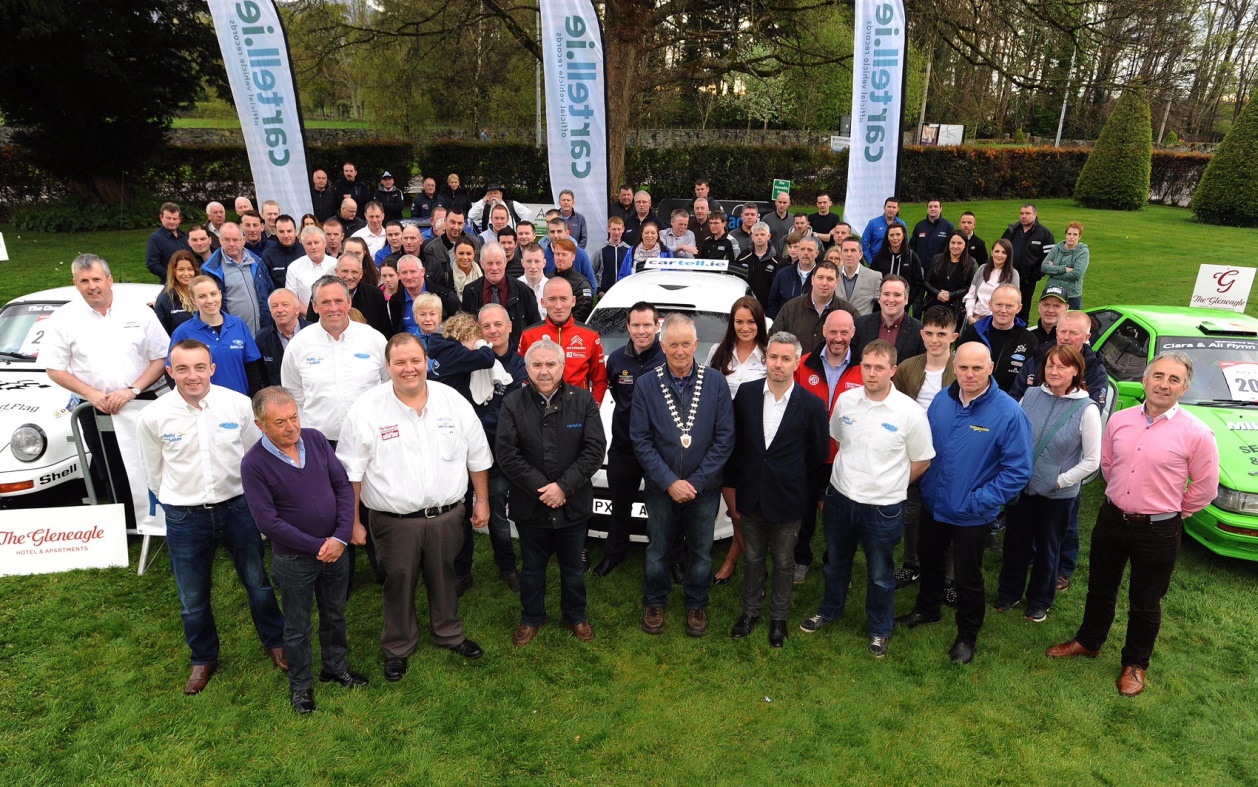 Vehicle history expert Cartell.ie was delighted with the warm reception we received in Killarney at the Launch of the Cartell.ie International Rally of the Lakes 2017. This international competition will take place during the May bank holiday weekend – Friday 28th to Sunday 30th April – and is a counting round for both the Irish Tarmac Rally Championship and The PlasticBags.ie Southern 4 Rally Championship.

The action gets underway with a ceremonial start in Killarney’s town centre on Friday night where organiser, Killarney and District Motor Club have laid on a family entertainment evening where fans can meet the leading drivers, while watching action from previous events on a gig screens set to a back drop of live music provided my local bands and djs. The rally finishes up at The Gleneagle on Sunday evening with an awards ceremony in the INEC later that night.

At the launch Cartell.ie were delighted to announce our new event “Electronomous” which will take place on Thursday 27th April in the INEC in Killarney.

Speakers include the MD of BMW Ireland, representatives from companies such as Valeo, ESB Cars, Thatcham Research and Cubic Telecom to name just a few. The event will be hosted by the original Top Gear presenter and motoring rights campaigner Quentin Willson.

Other speakers on the night included The Killarney and District Motor Club, World Champion Paul Nagle and Kieran Healy of the Killarney Advertiser.