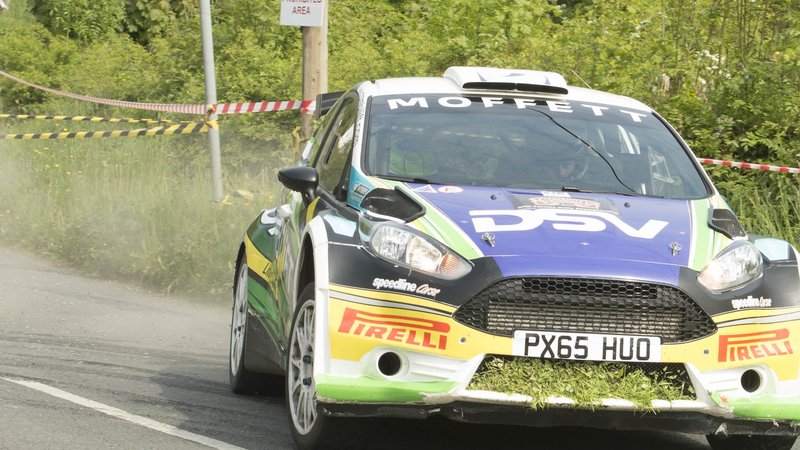 Congratulations to Sam Moffett in his Fiesta R5 and his co-driver Karl Atkinson for taking victory in Killarney at the Cartell.ie International Rally of the Lakes 2017. There was drama in the end when long-time leaders, Roy White and co-driver James O’Brien, hit a chicane bale and bowed out after limping to a stage finish.

Robert Barrable in his Hyundai i20 R5 and his co-driver Damien Connolly came second –  29.5 seconds behind the leaders and around three-and-half minutes ahead of third place finishers Stephen Wright/Arthur Kierans in their Fiesta R5.
The opening stage was the world-renowned Moll’s Gap where Fermanagh’s Alastair Fisher set the pace and led by 4.7 seconds with Roy White in second.  At the second to last service White had a lead of some 22 seconds before the late drama unfolded.
Barry Jones/Iwan Griffiths won the Historic category in their Ford Escort Mk2.