Keith Cronin (and co-driver Barry McNulty) were recently crowned Dulux Trade MSA British Rally Championship winners! The Subaru Pirelli TEG Sport Team pair received the accolades at the final round of the season: the Trackord International Rally Yorkshire and this is the second successive year the Irish driver has won! Making him the first Irish driver to defend the crown!  It also gave Barry McNulty the taste for success as he wasn’t in the car at last years championship: he joined the partnership in January. And here’s a recent picture of me with the two-time-Championship-winning driver! At the Cartell Rally of the Lakes! 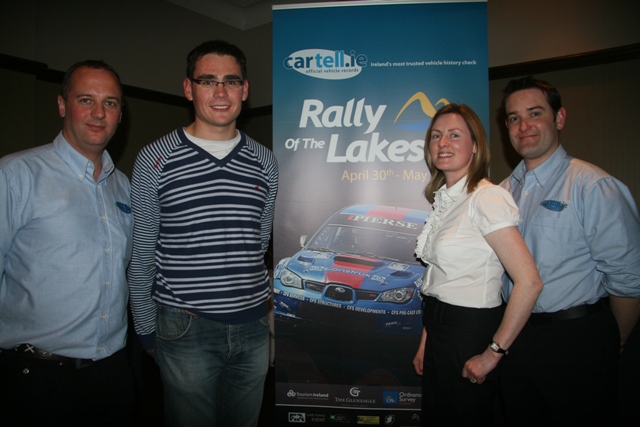 Keith won the championship by 10 points ahead of Welsh driver Gwyndaf Evans with the TEG Sport team finishing in second place in the Team standings behind JR Motorsports. A word of mention for Irish drivers Craig Breen and Robert Barrable who also finished in the top-10 in the Championship!