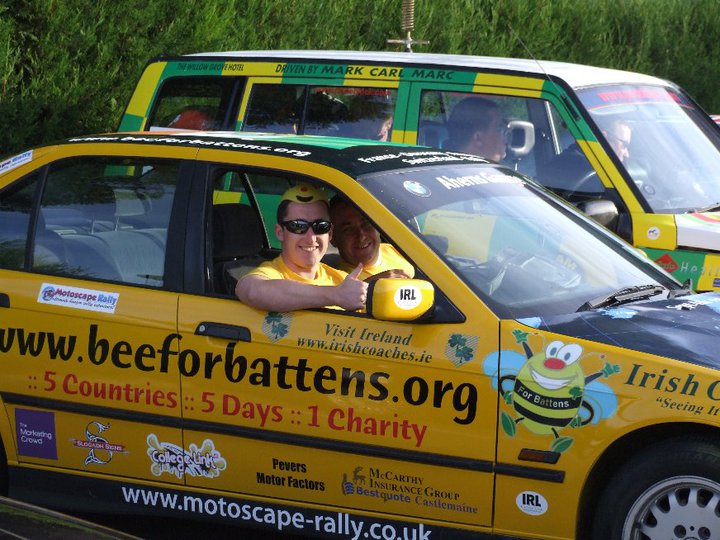 Cartell was delighted to donate some cash to a good cause as part of this years Rimini Rally which got underway on 4th September. The idea behind the Rally is that 5 countries are visited in 5 days – and plenty of donations are generated too! The rally crew this year stopped off at some cool sites including the Nurburgring and the Ferrari Museum. They also travelled along the ‘World’s best Driving Road’ as featured on Top Gear. See the photos – and full rally log – below! Well done fellas!

For more info check out www.facebook.com/battensbangerrally or the charity website: www.beeforbattens.org 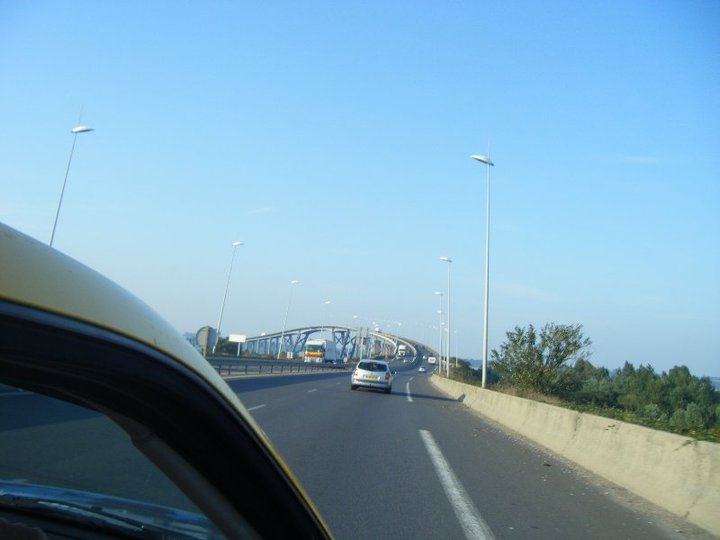 Today is all about meeting the other teams and then doing a bit of socialising in one of the many bars and brasseries in St Omer town centre including some where they brew their own great tasting beer on site. This attractive little town of St Omer is much nicer than Calais and Dunkirk and a great place to start the rally. 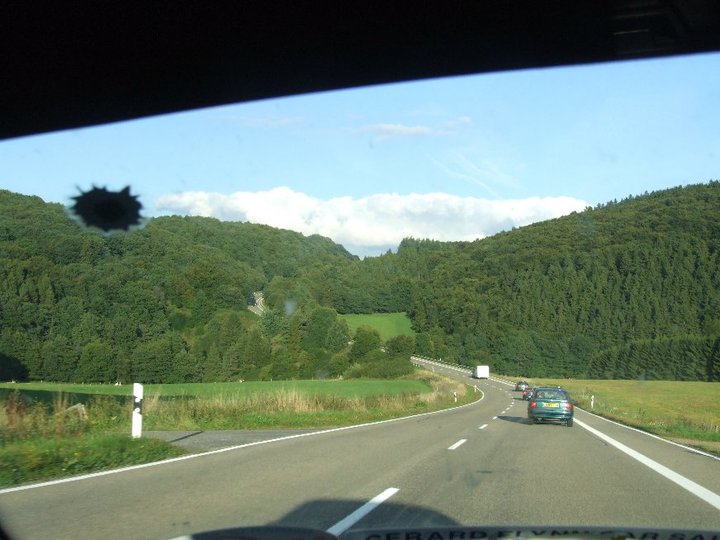 Drive to Koblenz in Germany which is situated in the picturesque landscape of the Rhine and Mosel rivers and is surrounded by 4 low mountain ranges. Mainly motorway driving.

On route there is the option of going to the Nurburgring. For those of you who don’t know what it is, well it is probably the greatest and most challenging race circuit in the world. It is 20.8km long and members of the public can take their own cars onto the track. You don’t have to take your car on the track; you can just turn up and gaze in awe at some of the fancy cars that will be there.

Not into the Nurburgring then why not come off the motorway at Eupen and head along the 258 through the Ardennes Forest to experience some fantastic scenery all the way to Koblenz. Alternatively you could head to La Roche and visit the museum of the ‘battle of the Ardennes’ where there is a section that studies in detail the British involvement in this battle of the Second World War.

Once we have arrived in Koblenz you have the option of going to a wine festival which is bristling with tradition and held in the pretty wine village of Winningen on the sunny banks of the Lower Moselle river. Don’t compare this with a wine tasting evening in the UK, this is one great evening out and don’t worry beer drinkers, there’s plenty of that as well. Here you can sample some traditional German fare including superb Bratwurst (German sausages). We time it so that we get there on the final night where there is a dazzling firework display which lights up the night sky above the river. A late night is guaranteed (see part of video from one of last years entrants Motoscape video!) 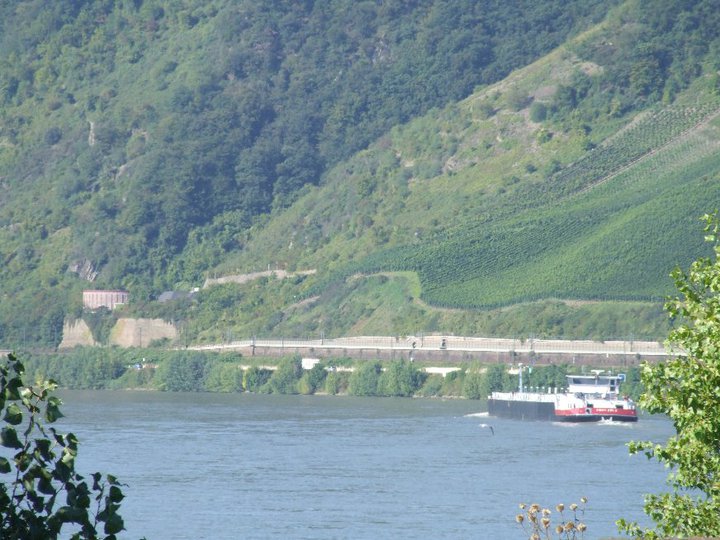 Drive to the medieval city of Feldkirch which is the most westerley city in Austria.

Upon leaving Koblenz you will travel down the Rhein gorge towards Bingen to experience the finest scenery along the whole of the Rhine. Along this stretch you will find there are more castles than anywhere else in the world. One castle well worth visiting is Castle Rheinstein which was built in the early 14th century but has been completely renovated by the current owner.

Once you leave the Rhine you will head towards Feldkirch. The easiest route is via the motorway network but this can be tedious so why not head for Baden Baden known as the gateway to the Black Forest.

It is a beautiful resort spa town but also a rich man’s playground (remember the WAGS shopping trip during the world cup). From here you can make your way to the B500 otherwise known as the Black Forest High Street and drive the 40 km to Neustadt to take in some fabulous scenery. You could also visit Triburg where you will see Germany’s largest waterfall and also the world’s largest cuckoo clock.

Had enough scenery for one day, then what about visiting the Hockenheim Motor Sports Museum which features a collection of Formula 1 and sports racing cars as well as motorcycles, instead. 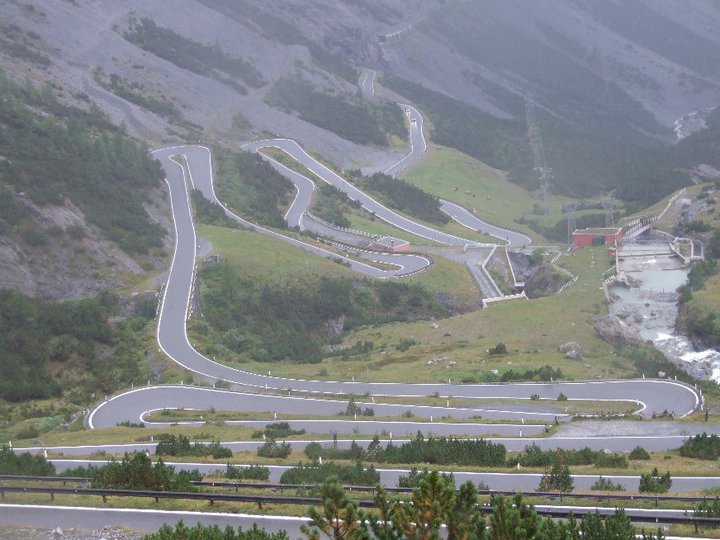 Drive to Ritten/Renon near Bolzano in Italy. Ritten is the Italien name for the town but it is German speaking and known as Renon to the people who live there. Renon is famous for its earth pyramids which have been formed out of clay and whilst dry are as hard as rock but once wet will slide down into the river below.

An opportunity exists to tick off another country, the tax haven of Liechtenstain on route. It is a tiny country measuring around 62 square miles. It is very pretty and well worth a photo shoot.

Today is what everyone describes as the highlight of the trip. From Feldkirch we head south towards Davos for the start of the ‘world’s best driving road’ as featured on Top Gear. The route takes us through the 3.5 km long Munt La Schera, single carriageway tunnel, over the border into Italy. We then head through Livigno and towards the Foscagno pass

which at 2291 metres is pretty high in itself, before heading for the giant Stelvio pass which at 2758 metres is the second highest paved mountain road in the Alps. It has a total of 60 hairpin bends and will be the longest big dipper you have ever been on.

Today is the final day of the ‘Roll on Rimini’rally. Rimini is on the Adriatic sea and is one of Italy’s most famous resorts. The Rimini riviera boasts around 40 km of sandy beaches.

Now is the time to get rid of the cars (that’s unless you are driving back) and party. There will be a celebratory meal with presentation of prizes.

On route you have an option of going via Maranello and visiting the Ferrari museum which is well worth a visit.

If you fancy ticking off yet another country why not visit San Marino which is the world’s oldest sovereign state. It is only about 15 miles from Rimini so you can either visit on route or on another day if you are staying longer.