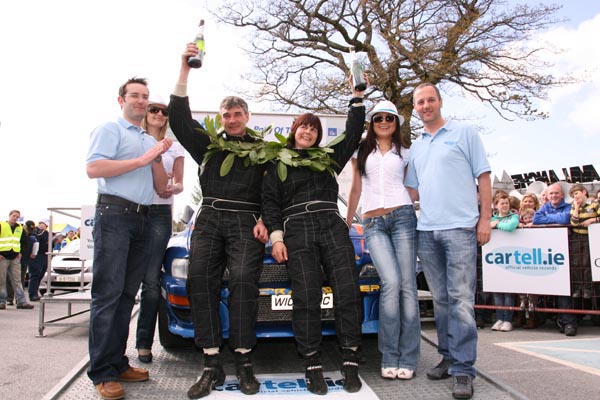 Congratulations to Denis Cronin and Helen O Sullivan on their exciting win of the Cartell.ie International Rally of the Lakes . The win is made all the more remarkable given that Denis had the flu earlier in the week. I had the pleasure speaking with Denis and Helen and both are lovely people and deserved their win in the Subaru Impreza WRC. Denis began Rallying in 1981 and comes from a Rallying Dynasty. His nephew Keith Cronin  is the current British Rally Champion.

Cartell.ie would also like to congratulate Aaron MacHale (from another Dynasty) and Eugene O Donnell in their Ford Focus WRC for their fine second place. I was very impressed with the young lads Craig Breen and Gareth Roberts who finished third in the Fiesta S2000 and I think we should watch this space

The weekend was a massive success and I should acknowledge last year’s runner up Tim McNulty on winning the Bertie Fisher cup for the quickest time in Molls Gap.