One of the services which Used Car History Check experts Cartell make available to our customers is to inform whether a particular vehicle is the subject of a financial agreement – so you don’t inadvertently buy a car which is owned by a bank. If, however, you’ve not carried out a Cartell.ie Finance Check and you’ve already bought the vehicle – what happens next? Well, one of the things which might happen is the your vehicle may join the ranks of repossessed cars in Ireland.

Cartell.ie wanted to find out more about what happens when things go wrong: when a person simply can’t afford to repay the loan on their vehicle; or when a person inadvertently buys a vehicle which is already on finance.

Interested in this topic, a few years ago, we contacted the Dublin County Sheriffs Office and the Dublin City Sheriffs Office who look after the county and city districts in Dublin respectively. Both of these offices have a similar story to tell: officers act on foot of either court orders or revenue warrants made out against a particular person. This gives officers the right to seize property in the name of that individual – including motor vehicles. In short they have the legal right to repossess cars in Ireland.

Officers also have the right to seize vehicles designated as specific chattels by the courts – in other words when the court gives an order to seize a specific vehicle as opposed to simply the assets of an individual – but this is far less common.

However, officers are not entitled to seize vehicles which are the subject of a hire-purchase agreement on the basis that these vehicles remain the property of the banks until the loan is paid off in full. For that reason Sheriffs offices handle a relatively small amount of repossessions. Another factor in this is the value of the vehicle. Obviously a vehicle with a lower market value stands a lesser chance of being repossessed by officers who are intent on recouping money on foot of a court order or revenue warrant made out against an individual.

Let’s look at a real-world example of how cars are repossessed in Ireland. In a high profile case from 2010 the BMW Series 7 of developer Paddy Kelly was lifted from his house in Donnybrook on foot of a warrant to the Dublin City Sheriffs Office. The vehicle was subsequently returned the following day when it was found to be registered in the name of his wife. However it was re-seized in December after Mr. Kelly was presented with evidence that he was the ‘beneficial owner’ of the vehicle based on an interview he gave several years earlier.

The majority of cases of repossessions are bank repossessions – where financial institutions seize their own property after individuals stop making payments on foot of a hire-purchase agreement. Often times the bank will hire a Repo Agent to carry out the task of lifting the vehicle. The bank may or may not need a court order to affect a repossession – it depends on how much money is outstanding on the agreement. 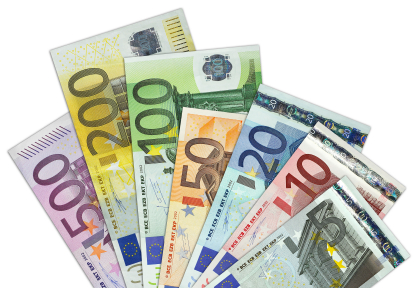 Generally speaking if the vehicle is subject to a personal loan, as opposed to a car loan, then the  bank is not entitled to repossess the car unless they hold a judgment against you for the amount that is due, and sought to have the car seized in order to discharge the judgment. This is the type of scenario which the Sheriffs office deal with – and there are not that many of these repossessions in a given year.

A hire purchase agreement is where a bank owns the vehicle – they have a lien (a right to possession) over the vehicle and legally the property remains in their name until the final payment is made.

However, usually, the finance company can repossess the car – without taking legal action – if less than one-third of the hire purchase price has been paid off and you are in arrears.

Finally, just to note, the half-rule says that where the customer has paid half the balance on the hire purchase agreement they can return the car and end the agreement, provided the repayments are up-to-date.

In any case you would be strongly advised to check if there is any finance outstanding on a used vehicle you intend purchasing as you could lose the vehicle if you become the registered owner. You can check the status of the financial status of the vehicle by purchasing a Cartell car history check.

Disclaimer: the information in this article does not constitute legal advice of any kind as it is intended to give general indication only. Please consult a solicitor or relevant banking institution if in any doubt about your exposure to repossession.

0 thoughts on “Repossessed Cars in Ireland”