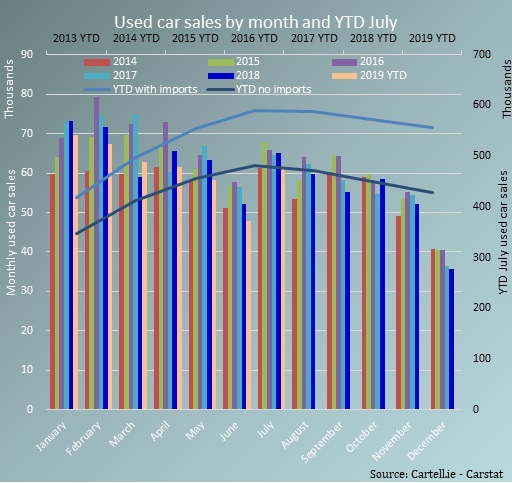 Vehicle history and data expert Cartell.ie announce today (21st August) on the findings from the latest state of the market report in conjunction with BAC Auto Consulting. Used car sales for the first seven months of 2019 are down 4.2% including imports and down 4.4% excluding imports.

While the issue of an open or closed border between Ireland and the UK is seen as the biggest issue facing Brexit, there is some irony that a closed border could actually be a good thing for parts of Ireland’s automotive industry according to the latest data from Cartell.ie Carstat database. Back in 2013, with a relatively strong euro against the British pound imports were flooding in at a rate of 2 for every 3 new cars sold. The collapse of the Euro in 2015 saw this drop to a ratio of 1:3 before rising again to a record of almost 4 imports for every 5 new cars sold in 2018. However, the UK stumbling over Brexit saw UK businesses stockpiling in the run-up to the original March 2019 Brexit data which boosted UK GDP growth and strengthened the pound against the euro.”

Despite the pound weakening since March total imports remain 5.4% down over the first six months of last year.

The UK car market fell by 4.3% for the first half of 2019 compared to the same period last year. Both markets are also seeing the introduction of the Real Driving Emissions (RDE) test. This could see some UK dealers and manufacturers pushing new car sales in the run-up to September to clear out stock before the new regulations are mandated and to recover some lost sales. The political brinkmanship over Brexit could also keep the pound weak adding to the attractiveness of importing. 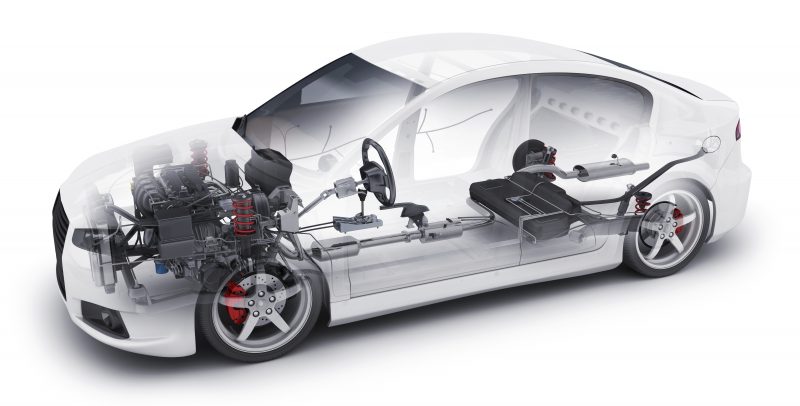