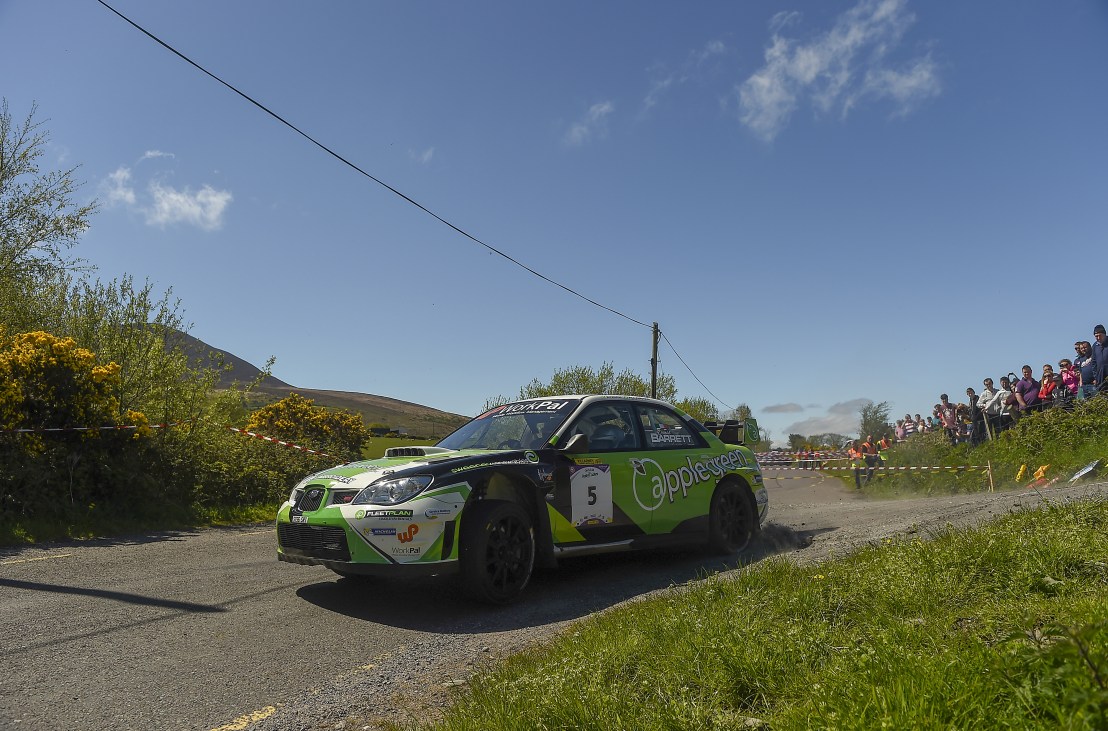 What a May bank holiday that was, is it any wonder why it’s our favourite weekend of the year.

At the end of a duel that lasted the entire weekend, Donegal pair Manus Kelly and Donall Barrett in their Subaru Impreza WRC took home their third International rally win when they added the Cartell.ie International Rally of the Lakes to their previous two victories, which were both on home soil.

Once again, their success came at the last minute. They only took the lead three stages from the finish, when they went ahead of the Fiesta of long-time leaders Dubliner Rob Barrable and his Monaghan co-driver Damien Connolly.

Barrable and Connolly led from Saturday’s world famous opening stage, Moll’s Gap, and in damp early conditions, they pulled out an advantage of 36 seconds before the eventual winners began reducing this to 28 seconds by the end of day one.

The Donegal duo continued the pressure throughout day two, getting ever closer to the leaders. Then when Barrable began having clutch problems, he decided to play it safe as Kelly’s car was not eligible for the Irish Tarmac series, and second place would still bring maximum championship points.

By the end, Kelly finished 29 seconds in front, and such was the pace of the two leaders all weekend that third placed Desi Henry was never a serious challenger for top spot, even though he was just over half a minute behind Barrable.

Last year’s winner and defending Irish Tarmac champion Sam Moffett could only manage fourth this time, ahead of Jonny Greer and Josh Moffett.