Vehicle History Expert Cartell.ie will be at the Geneva Motor Show again this year. Once again we’ll feature on this site some of the best vehicles the show has on display including mass-market vehicles which will appeal to our consumers and traders! While we are a couple of weeks away from the start of the show several high-profile vehicles have been announced including these two:

Audi are unveiling a Q2. This is a brand-new model which is set to become the entry-level crossover for the brand. Smaller in size to the current Q3 the Audi Q2 is expected to measure around 4 metres in length. Crossovers are particularly popular in the current market as they are often seen as more practical to hatchbacks: they are raised higher off the ground making it easier to load and unload the boot and rear-seats (ideal for parents) and the driving position is higher which is perceived as safer by many drivers. Some prefer their sportier looks to traditional hatchbacks and many consider they are a more versatile vehicle overall. A teaser video has been released by Audi – apparently showing the new Q2 from above.

Renault are expected to unveil a new MPV. Shots have emerged on the internet showing a new design based on the language of the new Megane and the Kadjar. The firm told a UK publication recently the new MPV would “make parents fall in love again”.  Certainly anything which spruces up this segment would be a welcome development. For too long MPVs have been quite boxy and practical, a small mini-bus, rather than something families love. Here is one of the pics from the web: 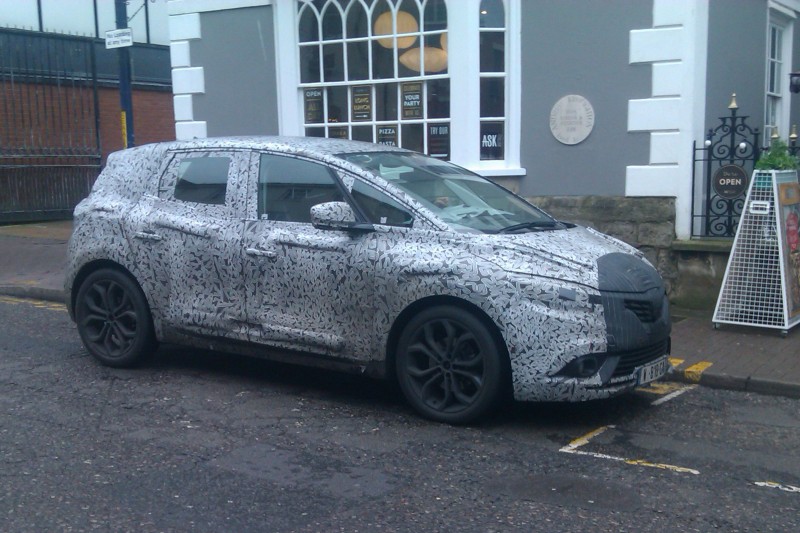 Thank you for the information. I will recommend to anyone to check with cartell first before purchasing a car.