Since its inception in 2002, one of Cartells primary goals was to eradicate the resale of dangerous vehicles.  While some write-offs are repairable, one must always ensure that they are repaired by qualified personnel with suitable parts. An insurer writes off a vehicle when the cost to repair the vehicle to the correct standard using genuine parts is above a certain value relative to the Pre-Accident Value (PAV). Insurers in the UK are now moving away from a focus on the PAV and instead are examining whether a vehicle has sustained structural or non-structural damage.  In any event if an insurer sends a vehicle off for repair and there are issues, they would have to take responsibility. In these cases, the insurer makes a decision to sell the vehicle for salvage. Some of the vehicles are not repairable and have been deemed by an engineer to be suitable only for parts. Cartell has always been a pro-active company anxious to protect the consumer: in 2007 we uncovered a huge issue with regard to total loss write-offs not making their way to the Government file and being returned to the road.  These are the write-offs that an engineer determined as structurally unsound and unrepairable. It sparked an investigation involving The Department of Transport including, the Vehicle Registration Unit, Revenue, the Road Safety Authority (RSA) and An Garda Siochana. 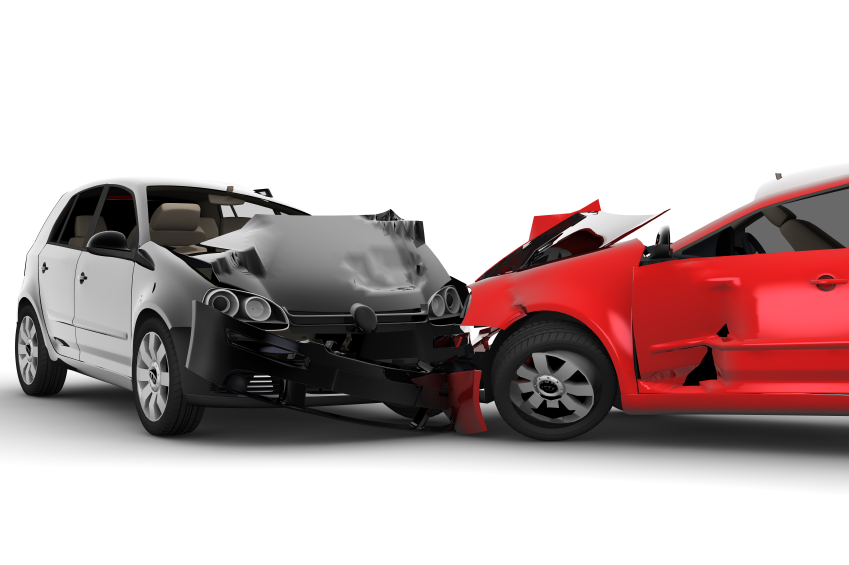 The result of which ended in over 1,300 people being notified of their vehicles being unfit for Irish Roads. The Irish Times broke the story in 2007. A breakdown in communication between the Insurance Industry and the Department of Transport meant that Salvage dealers were left to notify the Government of write-offs. Salvage values were high and unrepairable vehicles were sold and repaired. To combat this the Irish Insurers agreed tosupply all their information on Total Loss Write Offs (TWO’s) to the Department of Transport. Furthermore a “lock down” mechanism now exists to capture these vehicles and prevent them from being taxed and or resold. It has been a long and slow process and it’s still far from finished. The majority of insurers are uploading their files to the Government’s NVDF. When a Cartell Car Check is carried out, we reference this file and bring you the details that have been uploaded by the insurers.

What is a Write-Off 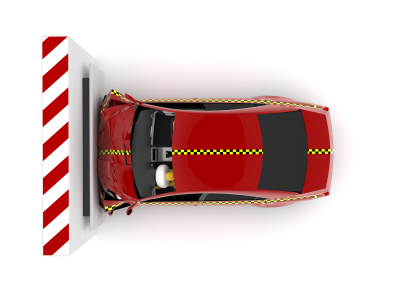 . Where an insurer deems a write-off repairable (see below) you should only proceed with the purchase once you are satisfied that the repairs have been carried out to a high standard and that the car is roadworthy. The only way to be sure about the repair standard is to get a qualified engineer to inspect the vehicle. The AA can provide this service or you can search online for other similar services. A theft-related insurance claim indicates that the vehicle has been stolen and an insurance company has paid out a claim on it, leaving them as the legal owner. It may have been recovered in tact and returned to the road, or in a damaged condition. Although write-offs can legitimately be allowed back on the road, in certain cases, almost half are beyond repair or structurally compromised.

Category A The vehicle must be scrapped and no parts or components can be sold other than for scrap. Amounts vary but the scrap value rarely covers the cost of recovery and delivery to a scrap yard. Category A is severely damaged, total burnout or flood damage with no serviceable parts, or already a stripped out shell. In the UK the DVLA will require a “Notification of Destruction”. In Ireland this vehicle would have to be disposed of in an authorised treatment facility and have a death certificate issued and the vehicle then becomes End of Life (ELV).

Category B The vehicle must not be used again but non- structural and roadworthy parts and components may be recovered for use in other vehicles. Care must be taken to ensure that they are not critical components with important safety functions. A Category B will have been damaged beyond economical repair, usually with major structural damage. In the UK the DVLA will require “Notification of Destruction” but parts can be removed and sold on. In Ireland this vehicle would have to be disposed of in an authorised treatment facility and have a death certificate issued and the vehicle then becomes End of Life (ELV). 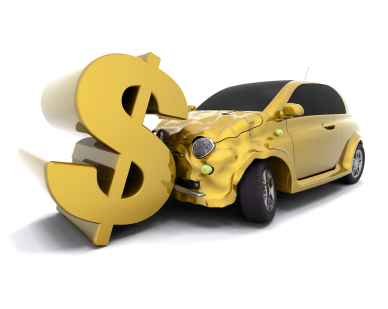 Category C The vehicle is repairable but the parts and labour would exceed the value of the car. A Category C is repairable salvage. This categorisation usually applies to vehicles with significant damage and where the cost of repairs exceeds the book value. The Motor Insurers Anti-Fraud and Theft Register (MIAFTR) defines Cat C as repairable total loss vehicles where repair costs including VAT exceed the vehicle’s pre-accident value (PAV).

Category D The vehicle is economically repairable but other factors are involved that cause the insurer to declare the vehicle a write off. Perhaps the replacement car hire is too costly or it will take too long for a specialist part to be delivered. A Cat D is repairable salvage. The Motor Insurers Anti-Fraud and Theft Register (MIAFTR) defines Cat D as repairable total loss vehicles where repair costs including VAT do nor exceed the vehicle’s pre-accident value (PAV).

From October 2017 insurers in the UK are no longer using the designations Category C and Category D and are using instead Category S and Category N:

Category S  The vehicle is a repairable vehicle which has sustained damage to any part of the structural frame or chassis and the insurer has decided not to repair the vehicle.

Category N The vehicle is a repairable vehicle which has NOT sustained damage to the structural frame or chassis and the insurer has decided not to repair the vehicle.

Where is Write-Off on my report

When you carry out your Irish Cartell Car Check, any vehicle that is or has previously been written off will show up in the ‘Roadworthiness’ fields or in the Damage field. There are two roadworthiness fields on your report: In the first section, ‘Vehicle status’, the roadworthiness field will show the current state of the vehicle whether its ‘current’, ‘written off by insurer’ or ‘scrapped vehicle destroyed’ and in the ‘Vehicle History’ section, the roadworthiness will show if the vehicle was previously ‘Written off by insurer’ or ‘scrapped vehicle destroyed’ as recorded to the Government files, otherwise it will show ‘no changes recorded’. Write-offs may also show under the ‘Damage’ field. 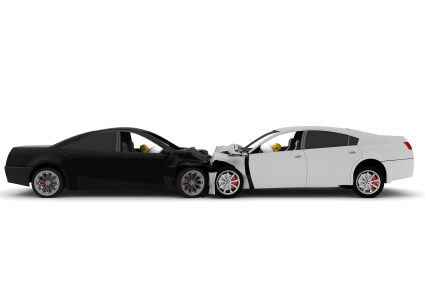 Do Cartell have all Write-Off’s?

Write-off information that Cartell and other car history websites hold are obtained from the NVDF (National Vehicle and Driver Files). The insurance companies upload their information to the NVDF files and Cartell uploads this information onto our database.  Cartell also displays write-off records which have been made available to us by insurers. Pursuant to Road Traffic Act 2016, pt 2, when it commences, insurers in Ireland will be obligated to provide NVDF with Cat A and Cat B write-offs, i.e. those write-offs which are a danger to the public and beyond repair. From time-to-time records for vehicles which have been self-insured and written-off are made available to Cartell. Vehicles which are self-insured and written off are often those which are insured by a company, e.g. a fleet-hire company, and where the records have been released by that company to Cartell.  Back to top ↑

How accurate are the Write-Off’s 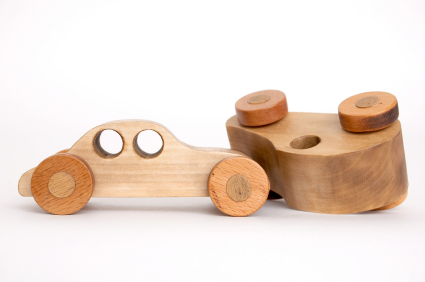 How detailed are the Write-Off’s

Write-off’s uploaded from the insurance companies to the Government files (NVDF) are shown on your Cartell Car Check only with the partial information which is uploaded. On your report, you will see either ‘Written off by the Insurer’ or Scrapped vehicle destroyed’. Cartell is working with insurance companies to improve this and to implement the category system like we have on our UK checks. (See above for the insurance category details) We are heartened by the fact Irish insurers are now making available more category information to the market.

How often are Write-Off’s updated

The frequency of which insurance information is uploaded varies from insurer to insurer. Unfortunately, it could be some time after the vehicle was declared a write-off as often the information cannot be released until the claim has been completely settled. If you still have concerns about a vehicle that is not showing up as a write off, then Cartell would always recommend an engineers inspection.

Can I Drive a Write-Off

This varies depending on the write off. All Category A and Category B write-off’s should never return to the road. Category C and D write off’s uploaded by the insurer to the NVDF may need an engineers’ inspection that needs to be approved by the Department of Transport before the vehicle returns to the road. Increasingly insurers are requesting an engineers’ inspection for any Category C and Category D write-off before insuring the vehicle. You should check first with your insurer. Also bear in mind that a write-off that returns to the road will be worth less when you go to re-sell the vehicle.

Can I sell a Write-Off 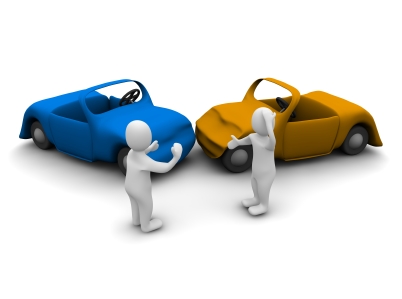 Category A should be sent straight for crushing. Category B can only be sold to a breakers and it should never return to the road. Category C and Category D can be sold on as long as you disclose to the new owner that the vehicle has been previously written-off. If you sell a vehicle that you knew was written-off and you did not disclose it to the new owner, then you could be pursued in the courts.

Cartell ran statistics in 2016 in the wake of the RTÉ Prime Time programme which showed that 10.75% of Irish registered vehicles over a 6-month-period in 2015 (which had been previously registered in the UK) were actually written-off in the UK prior to import. The majority of these were Category D (59%) which means they were repairable write-off’s. You should always check the full UK history if the vehicle was imported as the vehicle may be perfectly repaired but it has write-off history which devalues the vehicle: you don’t want to pay more than you should.

If you have any questions about your Cartell Car Check please contact us.